A "Minecraft" player just built a virtual computer that actually runs programs inside the video gaming tile after a seven-month-long process. 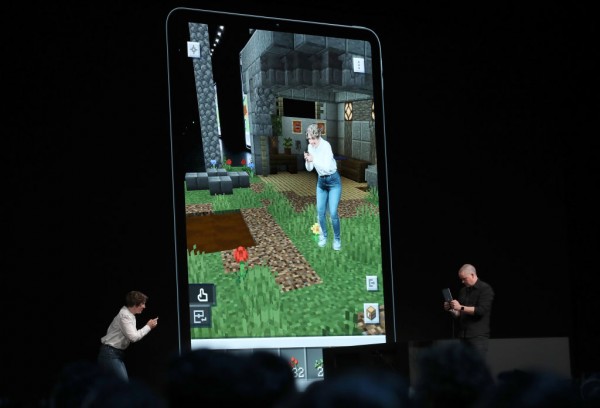 Mojang Studios' sandbox video gaming title has been popular for younger ages since it was released way back on Nov. 18, 2011.

Even after a decade had passed since it debuted, it continues to have a massive player base today.

One of the players of "Minecraft" went on to build an impressive virtual computer inside the game.

As per the report by Futurism, the genius behind the 8-bit processor inside the video gaming title is a "Minecraft" player that goes by the username "Sammyuri."

Over the numerous months of Minecraft engineering, the crafter built a virtual processor inside the game, which he later dubbed as the Cungus 2 or the Computation Humongous Unconventional Number and Graphics Unit.

The "Minecraft" player boasted the Cungus 2 in a YouTube video, wherein he further elaborated on the technical specifics of the virtual 8-bit processor.

Futurism noted in the same report that the virtual computer could run classic games, such as the iconic "Tetris" and "Snake," which mobile phones of Nokia way back in the 2000s pre-installed.

The virtual computer could run these classical and simple games inside "Minecraft" as it sports a one-hertz clock speed, along with a RAM that goes up to 256 bytes.

Well, these computer specs definitely do not perform smoothly and fast, at least in the standards of processors in this day and age. But still, for a processor inside "Minecraft", it is impressive.

The master crafter of the 8-bit processor, Sammyuri, said in a comment on the video that he uploaded that "1Hz is definitely fast for a 'Minecraft' processor."

However, the creator of the "Minecraft" computer further noted that the video showcasing the programs running on it was actually sped up just to make it watchable.

As such, "Snake" and "Tetris" are extremely slow on the virtual processor inside "Minecraft." Nevertheless, it still works.

According to the news story by PCWorld, it is not the first time that someone attempted to create a virtual computer inside the "Minecraft" video game.

In fact, the website of Minecraft Fandom has already created a step-by-step tutorial on how to build a computer inside the game from scratch.

However, it is worth noting that the latest 8-bit processor inside "Minecraft" could be the largest in scale and most complex of them all.

Related Article: 'Minecraft' Mod Might Have a Dangerous Malware - Security Risks Even on Videogames?

'Minecraft' Mod Might Have a Dangerous Malware – Security Risks Even on Videogames?