Tesla's User Interface (UI) is looking at a future upgrade for its infotainment system as a fan approached Elon Musk on Twitter to show its flaws. The upgrade may roll out as a last-minute release from the company or start the new year of 2022 with a new feature from Tesla, bringing the many improvements to its system that features multimedia access. 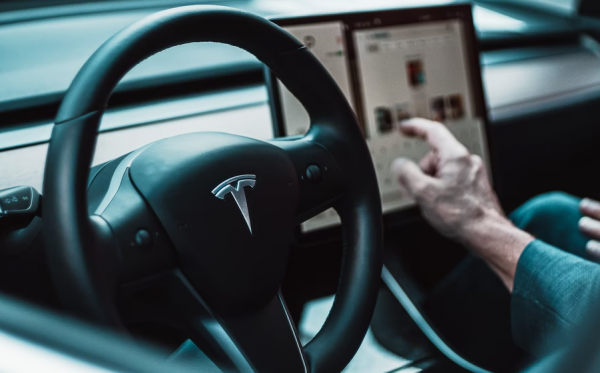 A tweet by the Tesla CEO explains a lot about the future update of the company, and it is with the UI improvements that are coming to the infotainment system of its EV fleet. Different things would change in the coming version, but the CEO did not dive into details to explain what it entails.

There is still time for 2021 to bring in the new improvements, but the Tesla Holiday Updated earlier this December is the last major release of the company for this year.

It seems that Tesla and Elon Musk are ready to leave the year behind and start anew in 2022. The public expects enormous things from Tesla to top off 2021's success in the coming year.

Read Also: Tesla Bot Will Develop A Unique Personality Like That Of C3PO, According To Elon Musk

A YouTuber called "Tesla Raj" shows the flaw of the update v11 from the company's infotainment system, particularly when choosing the app to use for a specific command. For example, Raj said that he owns a Spotify subscription, but the voice command does not utilize it when asked to play music.

The flaw is especially tricky as people would prefer this or that app, with the infotainment system going its way to play from another source.

The voice command is a massive need for this as people usually drive when using the feature.

The year 2022 is not quite here yet, but it feels like many companies are already anticipating the start of the new year.

One of which is the popular clean energy and electric vehicle company, Tesla, which already has plans for its subsequent releases of its popular SUV and sedan available to the public. The Tesla Model 3 and Model Y have AMD chips as their next CPU, and on the other hand, they are also getting new battery packs that would improve their overall performance.

Another improvement for 2021 brought by Tesla is the Holiday Update that gets a lot to the table for users, as it is the last of the major releases by the clean energy company this year. One of its most popular features is the Megaphone that comes from its speakers that its drivers can tweak to their liking.

Tesla's vehicles are still topping the charts among safety tests from regulatory bodies that rate the vehicle's integrity and reliability in terms of its make.

The year 2021 has been a success for Tesla, and the public cannot wait for the upcoming year for its new features and offers to complete the sustainable future of Elon Musk.