Valve recently reached an all-time high record for concurrent users. On Sunday, the video game platform surpassed its previous record for the said benchmark. According to its public statistics page, the new peak hits 28,230,853 concurrent players. 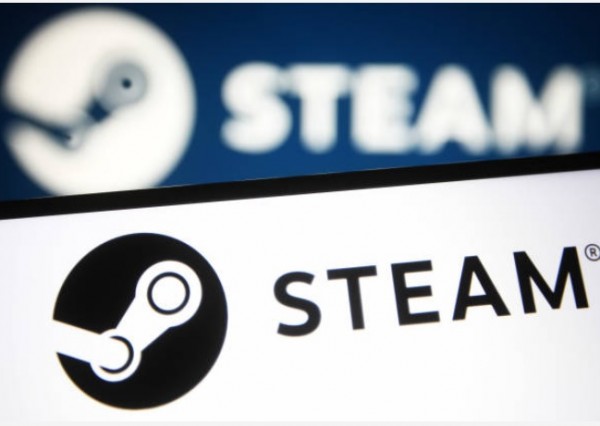 (Photo : Pavlo Gonchar/SOPA Images/LightRocket via Getty Images)
In this photo illustration a Steam logo of a video game digital distribution service is seen on a smartphone.

According to Euro Gamer's report, well-known gaming industry analyst Daniel Ahmad said that the increasing trend in concurrent users started back in 2020. This was the period when the "strong growth" of players drove the market because of the emergence of the COVID-19 pandemic.

Since then, the platform managed to hit its early January record of 27.9 million concurrent players. After a few days, the company reached an official number of 28 million to set a new record.

In another report from GameSpot, the latest list for the most popular Steam games include the following. Take a look at this updated chart as of Jan. 9.

Honorable mentions for the top games by current player count:

While others are gaining fruits because of Steam's popularity, some game publishers prefer to stay away from the platform. The report includes that Ubisoft is reportedly ditching Steam for the release of its games.

As part of Valve's changes in its business model, Ubisoft removed its games on Steam. According to Ubisoft's Chris Early, the current business plans of Steam were now "unrealistic."

"It doesn't reflect where the world is today in terms of game distribution," Early added.

Last Dec. 26, 2021, Tech Times reported that Steam Global was a no-show in China. The removal of more than 110 titles from the game library brought disappointment to Chinese players.

From over 100,000 games, the users in the country could now access 103 titles. After Christmas eve, "Steam China" replaced the original name of the service. As a result, "Steam Global" was now absent from the servers.

According to one Twitter user, the removal of the Global client stemmed when Steam got blocked in China. This transition made it difficult for the gamers to see other titles on the platform.

The decision was intensified by the country's practice to trim unoriginal content from entering the platform. The crackdown for gaming time continues for young children in the country.

Elsewhere, Tech Times wrote in another report that Disney hinted at its plans for the metaverse. The entertainment giant said that it would allow the visitors to soon visit the Disney parks using the power of AR.