Exoplanet hunters working on the Cheops planet-hunting mission of the European Space Agency (ESA) have found something really odd: a planet that is NOT round. 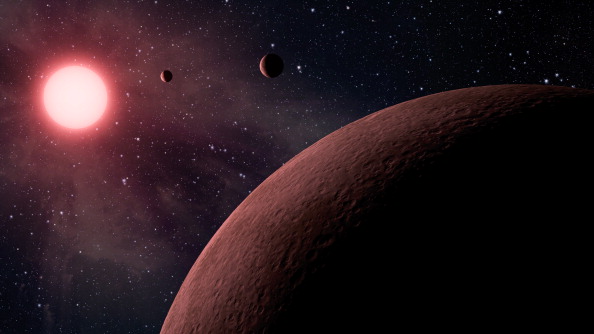 (Photo : Universal History Archive/Universal Images Group via Getty Images)
This artist's concept depicts a system, called KOI-961, that hosts the three smallest exoplanets known so far to orbit a star other than our sun.

According to TechRadar, the aforementioned planet is allegedly shaped like a rugby ball or an NFL football. That shape is due to the intense gravitational pull of its parent star, which is literally deforming the planet as it orbits.

Astronomers deduced that the planet, called WASP-103b, is a gas giant much like Jupiter but twice the size and 1.5 times the mass. It orbits the star WASP-103 located in the constellation Hercules, which is around 1,500 light years away from Earth.

A planet that isn't round might sound a little weird (and maybe a potential "win" for round earth detractors), but it is actually nothing new to astronomy. It was also relatively easy for the ESA Cheops astronomers to find out of its deformity.

As per the original TechRadar report, the astronomers detected the deformation by observing its "very rapid" orbital period. It reportedly only takes less than 1 Earth day to complete an orbit around its host star, which combined with its distance from it causes the planet to be deformed by virtue of the parent star's gravity.

The deformation itself works very much like ocean tides here on Earth. The moon's gravitational pull, however relatively weak it might be, still has enough power to pull the tides toward it at certain points in its orbit. But for this situation, the only difference is that it doesn't cause the Earth to look like an NFL football.

Read Also: An Exoplanet Orbiting 3 Stars Has Been Discovered--But How Did They Actually Find It?

The mission responsible for detecting the football-shaped planet is ESA's Cheops, which stands for Characterizing ExoPlanet Satellite, according to the official ESA website. It was launched back in 2019. 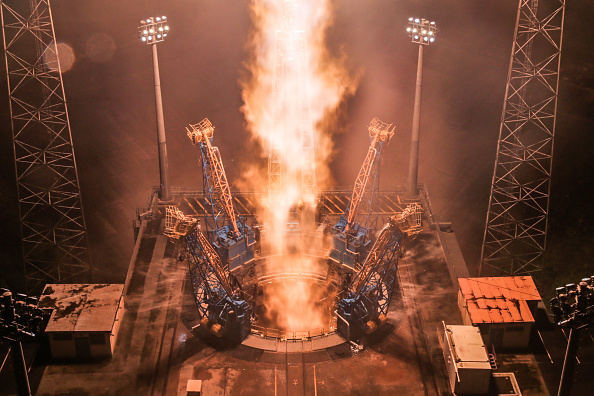 (Photo : Sergei Savostyanov\TASS via Getty Images))
KOUROU, FRENCH GUIANA - DECEMBER 18, 2019: A Soyuz-ST rocket with a Fregat upper stage carrying the CHEOPS telescope (CHaracterising ExOPlanets Satellite) of the European Space Agency, a COSMO-SkyMed satellite, an EyeSat satellite, and two small satellites, lifts off from the Guiana Space Centre. Soyuz rockets are launched from the Guiana Space Centre as part of a collaborative programme between Roscomos and the European Space Agency.

While Cheops' mission is not technically to hunt for new exoplanets, it does have the capability to provide more detailed data on the already-confirmed ones, according to LabRoots. It uses its cameras to observe the planets by taking weirdly blurry images.

These images are actually more important than sharp ones because it allows astronomers to measure the amount of light a star is giving off. Even the slightest dip in the brightness of a star, if it happens at regular intervals, will reveal a planet orbiting it. Also called the Transit Method, this is how almost all exoplanets have been found so far.

All planets are round. That's the science. Since gravity pulls at an equal force from all sides, this results in a sphere, as per the NASA Space Place. However, that doesn't mean that all planets are "perfectly" round.

The reality is that planets, especially rocky ones, are bumpy lumps of space rock, as per the Scientific American. Gravity can only do so much in terms of making a sphere, since rocks are uneven and never smooth around the edges. 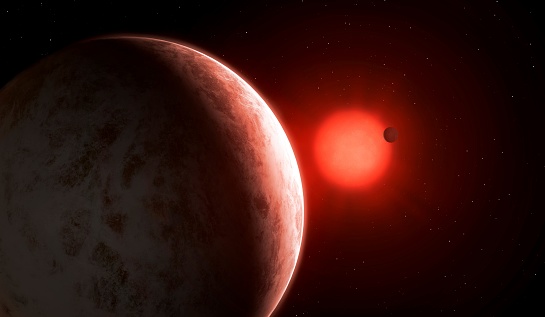 The fact that the rugby ball-shaped WASP-103b is a gas giant, however, is what makes its deformity so profound-and the one thing that makes it so different from a rocky planet like Earth. It is far easier to deform an atmosphere with gravity compared to a ball of rock.

Related Article: First Exoplanet To Survive Star's Death Might Offer an Idea What Would Happen To Earth if Sun Dies

ⓒ 2021 TECHTIMES.com All rights reserved. Do not reproduce without permission.
Tags: exoplanet ESA
Most Popular