The first exoplanet to survive a star's death has been captured by the Keck Observatory, a two-telescope astronomical observatory located in the United States. 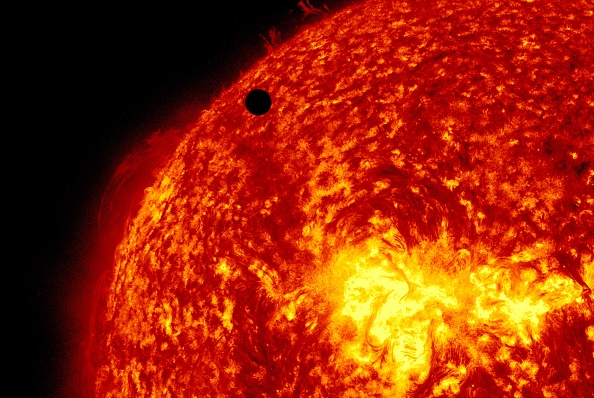 "Here we report the non-detection of a main-sequence lens star in the microlensing event MOA-2010-BLG-477Lb12 using near-infrared observations from the Keck Observatory," said the involved space experts.

The new exoplanet study was conducted in collaboration with the California Institute of Technology, as well as the University of California.

On the other hand, the scientists' work was supported by the endowed Warren Chair in Astronomy, the University of Tasmania, as well as ARC grant DP200101909.

The new study titled "A Jovian analogue orbiting a white dwarf star" was published in the Nature journal on Oct. 13. According to Wion's latest report, the findings offered by the new space research could help astronomers know what would happen to Earth once the Sun dies. 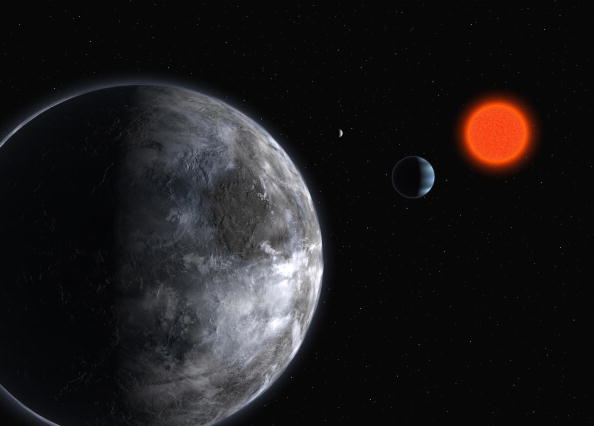 (Photo : Photo credit should read MARTIN BERNETTI/AFP via Getty Images)
A multi-media simulation showing the new planet discovered at La Silla's observatory, 24 April 2007 at European Southern Observatory (ESO)'s facility in Santiago. Astronomers reported on Tuesday they had discovered a "super-Earth" more than 20 light years away that is the most intriguing world found so far in the search for extraterrestrial life. About five times the mass of Earth, the planet orbits a cool.

Also Read: Astrobiologist Claims Space Viruses Could Exist in Other Exoplanets! Could They Infect Astronomers?

As of the moment, many studies explained that once the Sun lost its life, it would become a burnt remnant of a white dwarf. After that, it will slowly fade and become a black hole.

On the other hand, David Bennet, the latest exoplanet study's co-author, explained that Earth would not be as lucky as the first exoplanet to survive a star's death if the Sun dies.

Aside from this, various space agencies are also discovering new planets outside the solar system that could also help NASA's experts and other astronomers solve the universe's mystery.

In other news, a NASA-supported team discovered new Earth-like exoplanets. On the other hand, NASA TESS Satellite also identified some hidden exoplanets in a new planetary system.

How the Exoplanet Survived?

Involved astronomers explained that the newly discovered exoplanet was able to survive since it is around 2.8 AU from its host star.

This means that it is around 148 million kilometers from the dying heavenly body. They added that if the planet was as close as Earth during its star's death, it would be destroyed just like other planets.

On the other hand, researchers also found out that the exoplanet and its star were formed simultaneously.

For more news updates about exoplanets and other heavenly bodies, always keep your tabs open here at TechTimes.

Related Article: An Exoplanet With Three Suns Was Just Discovered