Amazon 12 Days of Deals 2019: Save Big on Razer Goliathus, Other Razer Mouse Pads

Christmas is almost upon us, but you still have time to buy gifts for your gamer loved ones. The color green screams holiday season as well, so Razer products make great gifts for this season. Take a look at these deals on Amazon for Razer Goliathus, Razer Firefly Chroma, Razer Sphex, and Razer mice for your Christmas gifting needs.

The Razer Goliathus Extended Chroma gaming mouse pad completes your RGB PC setup. Add more lights to your gaming rig with this soft mat with a cloth surface. Never worry about it getting out of place - it has a non-slip rubber base. With 16.8 compatible colors via the Razer Chroma app and increased compatibility with Razer mice using the Razer Synapse app, Goliathus will not only make your gaming rig look fancier - it will improve your game.

The Razer Goliathus is currently $10 off its usual price if you get it now at Amazon. Pair it now with any other Razer peripherals you might buy this Christmas, or take a look at other Razer mousepads in store for you below. 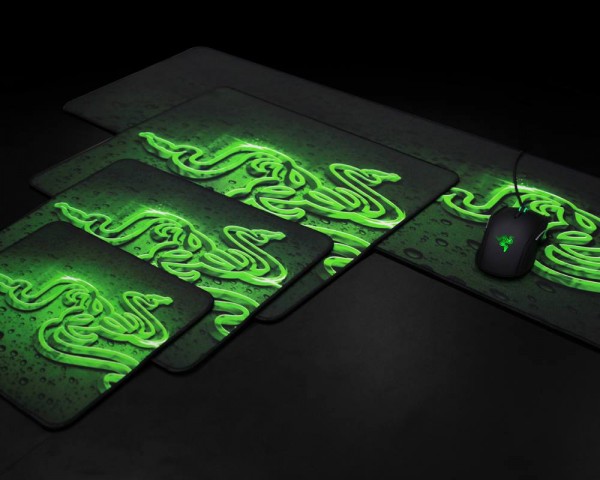 Some people don't like having RGB on their mousepads, and that's fine. Cool lighting isn't for everyone. Still, there are mousepads for them, like the Razer Goliathus Extended Control Mousepad. It's currently $11 off on Amazon, and it provides the best surface control for mice. Its anti-fraying stitched frame makes sure that it remains in shape no matter how hardcore your gaming playstyle is.

This extended playmat could fit most keyboard and mice setups, helping in keeping all your stuff in place with its non-slip rubber base. There's also a smaller, more mobile version, which is sold at $7.99 MSRP.

Some hardcore like their stuff hard, including their mousepads. The Razer Firefly Chroma Hard Gaming mouse pad is perfect for all gaming setups with a stationary design. The Firefly doesn't fold, crease, or crumple, allowing for the smoothest surface you'll ever experience with a mouse pad.

The Razer Firefly Chroma is currently 50% off with a $30 discount right now on Amazon.

Sometimes, thick mouse pads might not be what the hardcore gamer needs. The Razer Sphex V2 Gaming mouse pad is ultra-thin, matched with an improved adhesive base. The adhesive could attach to any surface, and could easily be removed anytime, making it the best companion for the on-the-go gamer.

You could get the Razer Sphex V2 right now on Amazon with a 25% discount.