Apple Made 40 Millionaires in One Day 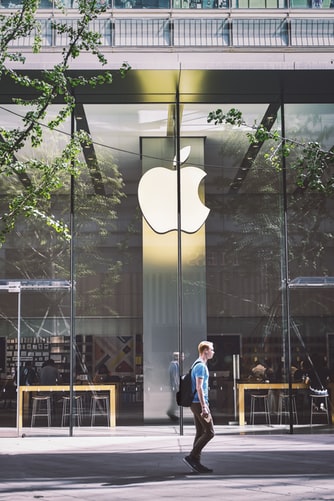 Fourty years ago this week, Apple, formerly led by Apple CEO the late Steve Jobs, went public in what was then regarded as the largest tech IPO or initial public offering on that day. CultofMac reported that on December 12, 1980, Apple was said to have floated about 4.6 million shares at $22 per share on the stock market. As an outcome of that IPO, Apple developed millionaires out of over 40 of its 1,000 employees. Jobs, who was only 25 years old at that time, concluded the day with a net worth equivalent to $217 million. Again, this was according to the report from CultofMac.

In connection to the said report, it was stated that some of the Apple employees who turned 'instant millionaires' included the former CEO Mike Scott, who, as indicated in the article posted on gadgetsnow.com "reportedly made $95.5 million." Moreover, Venture Capitalists Arthur Rock and Mike Markkula earned smart sums as well on their respective investments in Apple. Another Apple personality who became a millionaire in one day was Steve Wozniak, co-founder of Apple, who took home $116 million, as stated in the report.

ALSO READ: Here's Why Limit Your Kids' Communication on iPhone and iPad via Apple's iOS 13.3

The Apple executives mentioned are not the only ones that the company turned into instant millionaires nearly four decades ago. Even Rod Hold, the firm's engineering executive, was also part of these 40 lucky Apple millionaires who should be crediting Apple IPO for their fortune. These stock options offered to the employees of Apple could not be instantly cashed. However, it increased their net worth into millions of dollars.

As earlier mentioned, it was in December of 1980 when Apple first launched the IPO. An investor bought 10 shares of the company at "its IPO price of $22 per share would have had to pay $220." Relatively, four stock splits and almost three decades after, the same investor at present would own roughly, as Investopedia indicated, "560 shares of AAPI."

The IPO was considered as the biggest one in the United States since the late 50s when Ford Motor Company had gone public. The shares of Apple opened at $22 and got sold out in just a few minutes. Reports also had it that Apple, formerly called Apple Computers', shares closed at $29 at the end of that day. The firm's value increased 32% and had $1.778 billion for a total valuation.

Meanwhile, for the IPO, things changed fast at Apple with some highs and lows. Jobs, who, as earlier mentioned, incidentally, precisely on the same day as the IPO though five years later gave up his position at Apple and founded a then-new company, also known as NeXT. Jobs invested too, in Pixar, a graphics company. More interestingly, the Pixar IPO made Jobs a billionaire, years after.

If there is one company that has surpassed Apple today in terms of IPO, it's Saudi Arabia's Aramco, an oil company that jumped 10% in, according to a report from CBS News, "its first moments on the stock market" middle of this week "in a dramatic debut that held until it closed" and pushed its value up until $1.88 trillion. This then resulted in making Aramco today's largest listed firm in the whole world, surpassing the Apple maker.