A suspicious movement has been observed as the Kosmos 2542-- a Russian spacecraft has been observed following the orbits of the USA 245, which has been in space since 2013. The main role of this Russian spacecraft was to inspect and safeguard other satellites, but the space community has reason to believe that it may actually be tailing the U.S. satellite by following its orbit.

The security of the citizens of the Earth

A military agent whose main mission is to watch out for suspicious satellite activity called the NRO has noticed the movement of the Kosmos 2542, but an even bigger question is the secrecy of the USA satellite whose mission is still unknown to the majority. Although it is not yet that alarming because of how satellites often brush the same pane every once in a while but what is suspicious is that the patterns of Kosmos 2542 are very similar to those of USA 245. 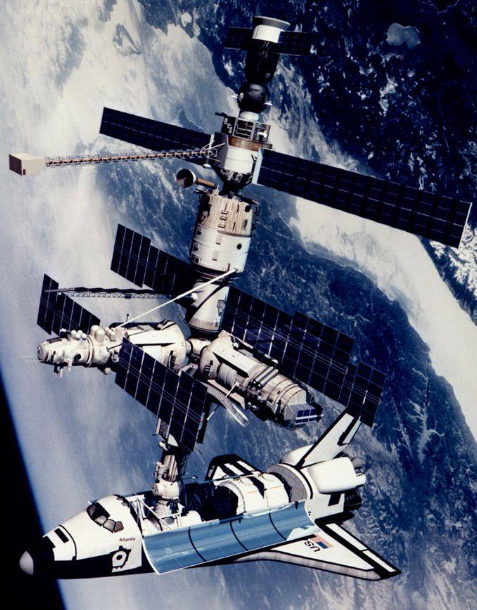 (Photo : Screenshot From Did That Happen Today In History? Facebook Page)
USA 245

The suspicious movements of Kosmos 2542

Normally, satellites would keep their distance and only find each other every once in a while, but what is odd about the Kosmos 2542 is that it has maintained a distance of about 150 to 300 kilometers or 90 to 180 miles apart at all times which makes its movements a bit uneasy. Although the Kosmos 2542 is slowly growing in the distance, it has remained in visible sight of USA 245 for quite some time now.

The possible motive of the Russian Spacecraft

Michael Thompson, who is known to be a graduate teaching assistant at the Purdue University released a statement in his tweet which leans towards the idea of the Russian spacecraft inspecting one of America's assets and although this is still considered as Thompson's opinion, it could still be highly likely true.

Russia's statement regarding the activities of Kosmos 2542

Before ever launching the satellite, the Russian Ministry of Defense released a statement clarifying the purpose of this spacecraft. It was said that the spacecraft was indeed to inspect the other satellites, but what everyone thought was vaguely implied is that the Russian spacecraft would only inspect other Russian satellites and not U.S. satellites.

The implications could be either the Russians are just trying to make sure each satellite is safe and secure, or it could be that intelligence is being gathered about the movement of the U.S. satellite and the U.S.' agenda all in all.

Space diplomacy for all

The outer space is not territory for a single nation to claim orbital rights over, nor is it a place where certain activities that are invasive are allowed, which is why political diplomacy for space movement is critical, and the NRO is trying its best to uphold such standard. Giving way to satellites from other countries, every satellite in space reports directly to the country behind them, and although it is uncomfortable to have a Russian spacecraft watching a U,S. satellite, there is not much to be done.