Christina Koch Returns After 328 Days Outside Earth: Where is Human Space Exploration Going Next?

A record-breaking event for Earth as Christina Koch, a female astronaut, returns back home after an astonishing 328 days in the space station. Thursday was the day that marked the 41-year-old astronaut's return to Kazakhstan with fellow astronauts Luca Parmitano of the European Space Agency and also Alexandr Skvortsov from Russia. 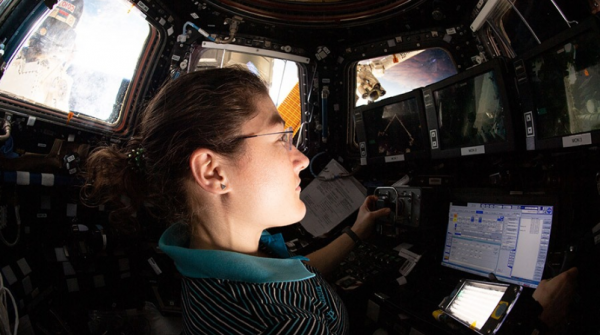 328 consecutive days or about 11 months was a mission not fit just for anybody, and the screening process for this mission took quite a while. The previous record for a female to stay in the ISS was 289 days, which happened shortly before.

Read Also: Wonder How the Artemis Program Will Bring NASA From Moon to Mars?

Other achievements of Christina Koch

Other achievements of Christina Koch include her involvement with the first all-female spacewalk alongside Jessica Meir, who has made a trip tasked to venture to the external of the ISS to reboot and fix a certain power controller which was a big step for humanity. The progress of this trip was very beneficial to the ISS.

The documentation of Koch's trip

Koch has been providing civilians with glimpses of her life in a literal out-of-this-world expedition and documented it all on her social media profile. The documentation process showed her bonding with her fellow astronauts and crewmates shortly before she went back to earth, which goes to show the very personal side of this expedition.

The only record higher than Christina Koch's

NASA clarified that there was one astronaut who was able to stay in space longer than Koch, and this was Scott Kelly, who stayed in the ISS for 340 days total. This has been the pride and joy of NASA as Scott Kelly was the closest to reach a whole year in space. The mental, physical, and psychological battle the astronauts have to face is no joke, which is why NASA makes sure they only get the best of the best. Staying somewhere apart from the Earth is not only hard, but it also takes personal strength.

Koch was a simple gal who was born in Michigan but was then raised in Jacksonville, North Carolina. She later graduated from North Carolina State University, which was her first achievement. Before living among the stars, she lived with her husband, Robert Koch, in Montana before she became an astronaut in 2013.

The start of the mission

Koch's first day at the ISS was on March 14 which was a very important day for her because it was the start of her progress for humanity altogether. Koch recalls the nostalgia she feels when reminiscing over the first time she actually arrived and the privilege she felt to make history!

The intent of the mission

Koch's mission was to help researchers come up with better data as to the effects of space specifically on the female's body and help scientists construct better ways to increase the livability of human beings especially females in space.