A 1KM-wide Asteroid is said to be fast approaching the Earth rapidly at 50,000kmph as what NASA had announced over the past few days.  It has been calculated that this massive asteroid is expected to graze the planet on February 15 and it is already been dubbed "2002 PZ39". 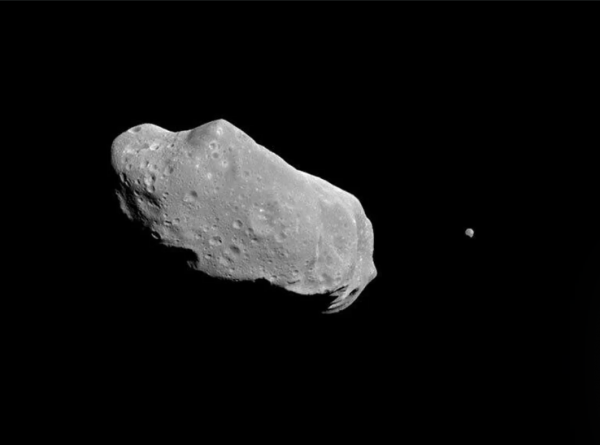 Read Also: Is Earth's Doomsday Near? NASA Warns Killer Asteroid May Arrive On Earth in 5 Days

So how destructive and dangerous is this gigantic asteroid?

Experts claim that a collision with 2002 PZ39 would be so devastating that it can wipe out an entire continent unleashing a power that is quite similar to nuclear bomb explosions. Thousands if not Millions of people will be instantly killed causing tsunamis and earthquakes all over.

How big is Asteroid 2002 PZ39 when compared to the one that caused the Dinosaur extinction?

Side by side with the asteroid that caused extinction 66 million years ago, 2002 PZ39 is just a small pea measuring in only 1,312ft and 5,249ft which is approximately only 1KM wide when compared to the planet destroyer measuring in six-mile-wide or 10KM.

In May 2019, New York City which is home to millions of people was struck by an earth shattering asteroid, but in a simulation. This video shows what state New York City would be in once an asteroid would hit the Big Apple. Some experts from NASA thought it would be a good idea to try and make a simulation of what could happen when the unfortunate moment of an asteroid hitting the earth would look like and how to face the problems that would arise. In fact, during another meeting that they simulated for Tokyo, they actually managed to save the country from catastrophic impact by launching a nuclear bomb towards the asteroid though collateral damage was expected resulting in the loss of the French Riviera and Dhaka, completely wiped out of the world map.

Sadly, during the New York simulation, it is unfortunate to say that with the same tactics using the nuclear bomb, did not go as planned as the asteroid hit and rocked center Earth at a scorching 43,000mph that destroyed Central Park and its other neighboring cities in a massive blast that was a thousand times the energy of the nuclear bomb that dropped on Hiroshima. Obviously, the simulation was a bust and everyone was killed.

So, the question is, will this Asteroid 2002 PZ39 that is rapidly approaching our planet actually destroy some parts? The answer is, no. Calculated by NASA experts, the asteroid will ony be "approaching" near the Earth and would most likely not do any damage whatsoever and it will only be bringing itself near closer to our planet.