A Supergiant star that is near to planet Earth named Betelgeuse has been getting dimmer and dimmer for the past few months. Due to this, astronomers and space experts think that the supergiant might be getting blocked by some debris or worse, it's going to explode soon-- resulting in a Supernova.

Will this harm planet Earth? Luckily, it is not. Though, if this really happened, the skies will be darker like never before.

Supernova explosion might happen soon, and visible on Earth skies 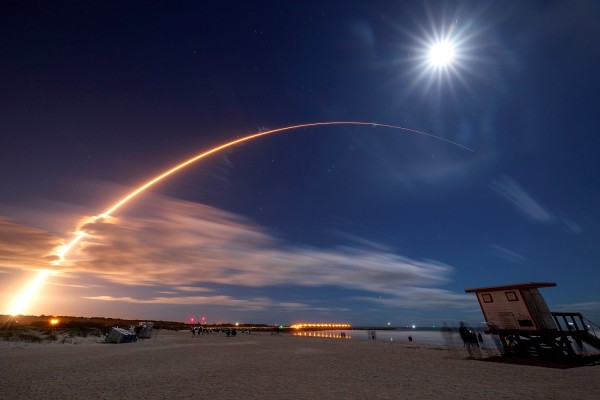 (Photo : JOSEPH RIMKUS on Reuters)
Betelgeuse Supernova Explosion May Happen Soon; Earth Skies Will be Darker Even on Daytime

On Feb. 1, Veteran Villanova University astronomer Edward Guinan released a study about Betelgeuse-- supergiant star that has 20 times the mass and hundreds of times the radius of the sun and relative proximity at 642 light-years. He mentioned on his blog that the Supergiant star seemed to be acting weird for the past months, and its light gets dimmer and dimmer compared before.

Though the confirmed information is that the supergiant star has only 100,000 years left before it disappears, the dimmer light coming from Betelgeuse was reportedly unusual.

According to National Geographic on Dec., if this continues and the Betelgeuse will explode, a glorious sight will be seen here on Earth-- making the skies darker even when its morning or daytime.

"When this star detonates, the explosion will be bright enough to cast shadows on Earth at night and will be visible during the day for a few months, at least. Then, the star will fade from our sky."

The tentative date that Betelgeuse will be the dimmest-- or meaning it will explode-- will be on Friday, Feb. 21.

No need to wait for an update from NASA since everyone is expected to see this spectacular sight from Earth skies.

No supernova is about to happen, say experts

Though it was clear that the Earth will be safe once Betelgeuse might explode in the sky, few science experts claim that there are no chances that Supernova explosion will happen to Betelgeuse, anytime soon.

Tony Phillips of Spaceweather.com mentioned that the said explosion is not going to happen since the dimming lights of Betelgeuse were actually not unusual for the supergiant star.

"This whole episode might just be a deeper-than-average pulsation, and perhaps the supernova watch can be called off," Phillips writes.

Even Earth Sky's Andy Briggs said that most astronomers believe that there are only small chances that an explosion will happen on Betelgeuse.

"It must be said, however, that predicting supernovae is very much an inexact science, so there is still a possibility, however remote, that Betelguese's fiery end could indeed happen tomorrow. Or, to be more exact, it happened 642 years ago, and the light from it is about to reach the Earth."

Whether it is real or not, once you see the skies getting dimmer, you'd better take a picture of it.

ALSO READ: Is Earth's Doomsday Near? NASA Warns Killer Asteroid May Arrive on Earth in 5 Days