Do Aliens Exist? SETI@Home Stops Operations After Two-Decade of Search For Extraterrestrial Life

1.5 million days means more than 20 years. After this long period of time, the SETI@home or the Search for Extraterrestrial Intelligence is ready to come back home with a huge amount of data for scientists to analyze and show exactly what we know about extraterrestrial life. This huge amount of responsibility might require some time to analyze because 20 years of data is quite a lot for an instant interpretation. Starting Mar. 31, the project will halt sending out different tasks to users, but this is not the end of the public's engagement with the SETI research. 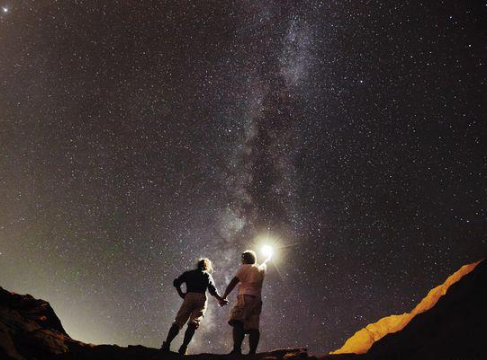 For more than 20 years, SETI@home has sent radio telescope readings to volunteers' home computers to sift for potential signs of extraterrestrial life among the universe's roar of signals. By the end of this month, that distributed computing effort will cease. The project gets the majority of its data from the Arecibo radio telescope located in Puerto Rico, as well as the Green Bank Telescope, which is located in West Virginia.

The software gets a lot of help

The software runs on each participant's data. This helps speed up the process of identification for all. Each participant is able to send individual findings. The data is later on collected by the scientists to interpret the given data. Participants are even able to interpret their findings regarding the data collected, which helps everyone on board.

Read Also: Scientists Found An Alien-Looking Parasite That Can Live Without Oxygen: Could This Mean Life in Space is Possible?

The Arecibo telescope provides a huge amount of data

There is a huge abundance of data to be processed as the Arecibo telescope alone provides about 35GB in a single day, which is then broken down to 0.25 MB units, the data is then sent over through the internet to the computers participating. Each work unit has about 107 seconds of about 10 kHz data slices that are then centered on a 1,420 MHz portion of a spectrum.

The starting of the project

The project's early days during 1999 were overseen by the Berkeley SETI Research Center, which has been managing many similar related initiatives, just like the Search for Extraterrestrial Radio Emissions that is from a Nearby Developed Intelligent Populations or SERENDIP and also Astropulse.

Is the project really shutting down?

According to a computer scientist who is also a software architect, Mr. David P. Anderson, the co-founder of the SETI@home project, the entire project is not shutting down but rather shifting from data gathering into analyzing and creating write-ups about the data given by the SETI project.

SETI's massive data will take a while to interpret

After 1.5 million days of computer time, the computation should be about 2.6 times 10 to the 23rd power of the operations to properly interpret the data. So far, the Breakthrough Listen Initiative or BLI has been looking to answer the biggest question ever "are we alone?" According to the findings of the Search for Extraterrestrial Intelligence, the probability of the results are higher today than they were a few years ago, with the more recent data finally surfacing and being interpreted.