Final Fantasy 7 Remake Guide on All of the Game's Weapons

Square Enix's Final Fantasy VII Remake has some tough battles, especially when following the main storyline and getting face to face with Shinra's finest--including massive robots.

It's essential to learn powerful abilities to aid in battle by gathering all of the available weapons for FFVII Remake's party, including Cloud, Tifa, Barret, and Aerith. 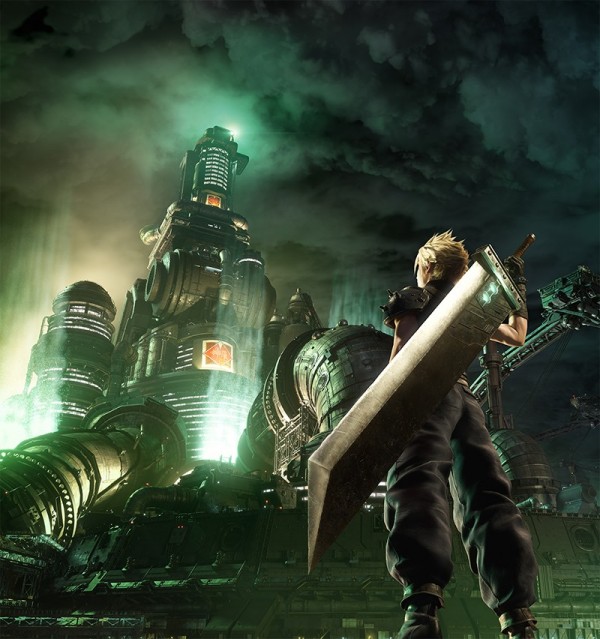 By getting them, boss battles will be easier, plus anyone who completes all of the game's weapons will earn the silver Weapons Export trophy.

So, here's how to get all of Final Fantasy VII Remake's weapons for the main playable characters, courtesy of CBR:

All of Cloud's Weapons

Every Final Fantasy VII fan knows the iconic Buster Sword, which Cloud will be used for around three chapters and will provide him with the useful Focused Thrust ability.

Then in Chapter 3, he will get the Iron Blade from Sector 7 Slum's weapon store as well as the Triple Slash ability that's helpful when dealing with multiple enemies at once as it deals damage three times to different targets.

During Chapter 8, a side-quest is known as "Kids on Patrol" will allow you to acquire Nail Bat, which then teaches Cloud the ability called Disorder that will allow a fluid transition from Operator to Punisher Moder and vice versa.

If you don't visit shops often, the next weapon, Hardedge, could be missable as it's available at the Wall Market in Chapter 9. It teaches the Infinity's End ability that is powerful but spends both ATB bars.

You can also get the Mythril Saber from the same shop and learn Blade Burst.

Last on Cloud's arsenal of weapons is the Twin Stinger that you will acquire in Chapter 17, on the walkway near where the first combat with M.O.T.H. Unit took place. You can get it after reuniting with Barret.

How to Get Barret's Weapons

The first two weapons Barret can use is his trusty Gatling Gun and Light Machine Gun, which should be available in the first few chapters and will teach Focused Shot and Lifesaver abilities, respectively.

For a long while, FFVII Remake's Barret will have to use LMG, before players can purchase Big Bertha at the weapon shop in Sector 7 Slums, teaching the big guy the Maximum Fury ability that deals a lot of damage.

Throughout the game, you'll be getting Moogle Medals--and that's essential if you want to get Barret's Steel Pincers weapon, which then teaches him the Charging Uppercut ability as it mainly focuses on close combat compared to the usual long-range attacks.

In Chapter 14, a side quest called "Subterranean Menace" earns you his Wrecking Ball weapon, another choice for close-range combat.

Last of Barret's weapons is the EKG Cannon that can be acquired by giving Hart 10,000 gil after talking to the mayor at his office.

When Tifa first joins your party, she'll have her Leather Gloves equipped, and Divekick ability learned. By Chapter 5, she'll naturally get the Metal Knuckles after the party defeats the Crab Warden.

In Chapter 7, Final Fantasy VII Remake players can acquire Sonic Strikes at the corner of the hallway between the B6 and B5 Air Buster labs. It should be in a purple chest.

As the story progresses, Tifa will get Feathered Gloves in Chapter 10 from another chest by raising the sluice gate so the water will disappear, revealing the purple chest. Getting it will make her learn the Starshower ability, which is a great move that packs some damage.

Once you beat Chapter 13's Failed Experiment, the Mythril Claws will present itself, giving you access to the Chi Trap, which deals damage to those close to it.

Last but not the least is the Purple Pain, perhaps her most useful and powerful weapon as she learns the True Strike ability that can easily stagger any foe who is weak against physical attacks, therefore making the combat easier and quicker.

It can be acquired during Chapter 16 at the Shinra headquarters while you're playing as Tifa. Midway through her journey to getting the Shinra keycard, she'll fall close to a ladder that she can use to go back up.

Next to the ladder is a set of lights where she can swing to the next platforms to the location of Purple Pain.

Of all four Final Fantasy VII Remake characters, Aerith has the least weapons, starting from the Guard Stick that she is initially equipped with.

Next is her Silver Staff, which could be acquired from Moggie in exchange for two Moogle Medals, earning her the Sorcerous Storm ability.

Aerith's next weapon, Arcane Scepter, can be acquired in Chapter 9 by completing either "Shears' Counterattack" or the "A Dynamite Body" quests. The weapon allows her to use the Fleeting Familiar ability that summons a companion to aid in battle.

Lastly, the party's main magic-user can obtain the Mythril Rod at the start of Chapter 11. In the train, FFVII Remake fans could choose to go through another car--do that and continue heading south where the rod is.

It's an incredibly powerful weapon but requires two ATB bars to try the Ray of Judgment ability.