The space agency picked three companies to develop the first vehicle to put humans on the moon after over 50 years and hope to make it possible by 2024.

NASA chose Elon Musk's SpaceX, Jeff Bezos' Blue Origin, and Dynetics, a subsidiary of Leidos. They will share $967 million NASA development money to create concepts for the landing component of the Artemis program. 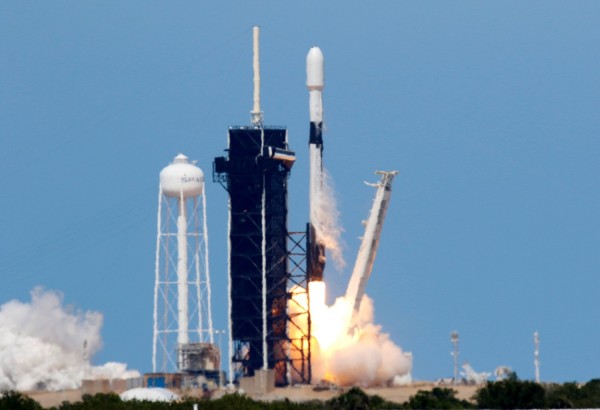 Blue Origin is reportedly getting $579 million, which is more than half the development pie, while Dynetics and SpaceX with $253 million and $135 million, respectively.

Each of these companies will refine their concept over the next 10 months, then NASA will pick the most promising.

Two other companies were edged out from the bid: Boeing and Vivace.

"This is the first time since the Apollo era that NASA has direct funding for a human landing system," said NASA Administrator Jim Bridenstone. The lander is the "last piece that we need to get to the moon" by 2024.

Apollo 17's Eugene Cernan was the last American astronaut to walk on the moon and left the last human boot print on it on December 14, 1972, two and a half years after Neil Armstrong's famous "first step."

With Artemis, NASA promises that the first woman will step foot on the moon's surface, so rumors on which among the space agency's veteran female astronauts might be the one. One name that pops up is Cristina Koch.

The concepts are somewhat familiar

SpaceX based its idea on its Starship rocket, a large rocket that lands vertically. It is being developed and "resembles some of the pre-Apollo ideas on how astronauts would land on the moon".

In contrast, Blue Origin would also use some basic ideas of the old Apollo Lunar Module. It is a two-part vehicle, which lands and lifts off from the surface using the bottom portion as a launchpad.

Meanwhile, Dynetics conceptualizes its lander low, which would require astronauts only a few steps to reach the surface. This is far different from its competitors would require a long way for astronauts to descend from their spacecraft.

Musk stirred excitement among journalists during a teleconference. He discussed the "potential for an incredibly exciting future in space with a base on the moon and ultimately sending people and having a self-sustaining city on Mars."

Dynetics Vice President of Space Systems Kim Doering said the company is excited about the 2024 mission as well as the possibility of having commercial venture to the moon.

Blue Origin CEO Bob Smit is looking forward to the historic day since "going to the moon is the reason why we got into this business."

On May 27, NASA plans to launch two astronauts from Cape Canaveral, Fla., for the first time since the end of the Space Shuttle program in 2011. This left the U.S. without its space-launch capability for nearly a decade.

SpaceX's Crew Dragon, a relatively new vehicle designed to carry astronauts to and from the International Space Station, is scheduled to blast off with astronauts Bob Behnken and Doug Hurley aboard.

Read also: Meteor Showers and the Last Supermoon: Here are the Top Astronomy Events This May

ⓒ 2021 TECHTIMES.com All rights reserved. Do not reproduce without permission.
Tags: Moon NASA SpaceX
Most Popular