Animal Crossing: New Horizons Mayday Maze In-Depth Guide; Get As Much As 27,000 Bells and Rover's Briefcase!

Have you ever wondered how to complete the new Mayday Maze in Animal Crossing: New Horizons? Well, Don't you worry a thing since Techtimes has you covered with an in-depth guide as to how to get you through it. 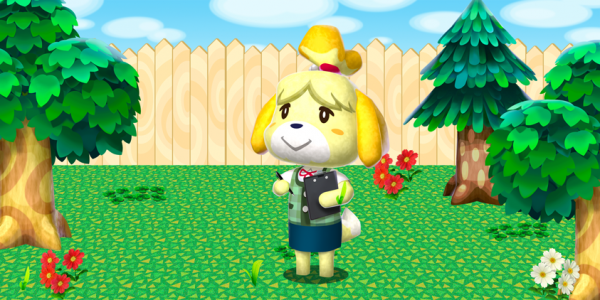 What To Know About The Maze

The Mayday Maze can only be completed once per day, so you need to follow every step to the letter to maximize the time with minimal effort on your behalf.

The maximum prize for the maze would be 27,000 Bells as well as Rover's Briefcase. So get your pen and paper ready to formulate that plan of attack against the maze.

Read More: Breaking News! Uncharted 4 Deepfake Has Nathan Drake's Face Swapped Out For Nathan Fillion, And It Is AMAZING

First things first, grab a Shovel and head on straight. Once you see a bush to your left, go ahead and dig it, right after that, go and eat the fruit in front of you.

After eating the fruit, you need to dig up the tree blocking the path, of course, this is where your Shovel comes in handy. Right after, head on North until you get to see an area that is blocked by three trees. Just hope across the hole on your left, go down to grab the stick, and hop across the hole to your right.

Next off, you will come across an area with three sticks and a stone. You can call it "stick holes" since it seems appropriate enough, add that for future reference. Hop on down and be sure to pick up all of the supplies. Then head North from the middle hole, and you will be able to come across a Worn Axe, careful since this can only be used a maximum of three times.

Ok, after picking up the Worn Axe, head left then north until you come to see a tree. That tree will be the first target of your Worn Axe. Just leave the stump there for future reference, then grab the stick and two fruits nearby. Done? Great.

Now hop back across the stump you left behind, then head on right until you see three pieces of Wood. Go ahead and pick those up. Directly North of that is a rock you can break by eating one piece of fruit and immediately use your Shovel to hit that pesky rock. Once breaking the rock, dig up the tree ahead, and you will gain access to a DIY Bench.

From that DIY Bench, turn left and head South from the stump you made earlier. Then turn right, go down from the first of the three "stick holes" from earlier on, head left and find another rock. Eat a fruit once again to break it, and the rock will drop one piece of Iron Ore in which we can use to craft an Axe.

Go craft that Axe by heading over the back to the DIY Bench and craft the Flimsy Axe and a regular Axe. After that, hop across the "stick holes" and chop down the tree that has two fruits behind it. From your stump in which you left behind, head on the south, hop across the two holes on the right, and hop down the first of the three "stick holes."

After that, hop across the hole on the left and proceed until you come across a tree that you need to chop down. After which it will drop a fruit, take it.

Once that's over with, head on North once again and gain access to the three trees at the very top of the maze, chop them all down and leave the stumps as is. After which, follow the sign which leads you out of the maze, dig out the bush to reach the Bell Vouchers waiting.

You will also be able to talk to Rover there, and as a reward, he will give you Rover's Briefcase.

Thought you were done? Almost! Dig up the bush behind the tree near Rover. Make your way through the back of the maze and head on all the way South. You will come across three rocks. Eat the three remaining fruits you got earlier and break the rocks with a Shovel to be able to get the Bell Vouchers.

Now you're done! It is a pretty fun maze for sure, and once you return to your Island you'll get all those rewards delivered to your mailbox. Neat!

Those vouchers can be redeemed for 27,000 Bells, and the Briefcase can be sold for about 2,000 Bells, if you want to. You can complete the Mayday Maze once per day from May 1 to 7.

Read More: Fortnite: Diplo's Concert in Party Royale Map Not As Successful As Marshmellos and Travis Scott, Here's Why