Scientists claim that they have created a new device that generates electricity using shadows aided by various illumination angles.

The shadow-effect energy generator, which was developed in Singapore, uses contrast in illumination between showed and lit areas to generate electricity. The device is very low-cost and flexible, and in experiments,  was able to power a watch. 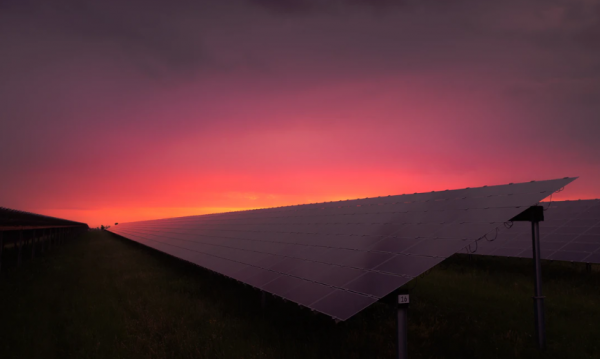 Read Also:  Do Female Astronauts Have a Greater Risk for Blood Clots Than Male Astronauts During Spaceflight? Study Examines the Evidence

This device can also use ambient lights to improve the versatility of different devices like smartwatches and smartphones. It also has a self-powered sensor used to monitor a bunch of moving objects by tracking the movements of their shadows.

According to reports from The Daily Mail, the researchers said that the concept of collecting energy from shadows is unprecedented.

Tan Swee Ching, assistant professor at the Department of Material Science and Engineering said, "Shadows are omnipresent, and we often take them for granted. In conventional photovoltaic or optoelectronic applications where a steady source of light is used to power devices, the presence of shadows is undesirable, since it degrades the performance of devices. In this work, we capitalized on the illumination contrast caused by shadows as an indirect source of power. The contrast in illumination induces a voltage difference between the shadow and illuminated sections, resulting in an electric current."

Read Also: COVID-19 and the Environment: NASA Backs Up Studies to Know the Full Effect of the Coronavirus Pandemic to Earth

The device consists of a set of cells with a 15 nanometer-thin film of gold on a silicon wafer arranged on a transparent and flexible plastic film. The entire research team then conducted experiments to try out the SEG's performance. Based on this, their four-cell SEG was twice as efficient compared to commercial silicon solar cells.

When the entirety of the SEG cell was under shadows, the amount of generated electricity was low. However, when parts of the cell were illuminated, an electrical output was detected.

"We also found that the optimum surface area for electricity generation is when half of the SEG cell is illuminated and the other half in shadow, as this gives enough area for charge generation and collection respectively," said Professor Andrew Wee of the National University of Singapore.

In other experiments, the device generated 1.5 volts which was already enough to power an electronic watch. The research team also showed that it can serve as a full self-powered sensor to monitoring objects.

The cost of all components to make the SEG device is around $30 to $50 which is low compared to the hundreds of dollars that are spent to make commercial solar panels per square meter. Researchers from NUS are also looking at creating devices that attach to clothing to gather electricity while doing normal daily activities.