SpaceX is planning to launch astronauts into space aboard its rocket on Wednesday at 4:33 pm E.T for the first time. If the mission is successful, this historic launch would also resurrect The National Aeronautics and Space Administration's (NASA) ability to send astronauts to the International Space Station (ISS) once again. The last the United States space shuttle flew in July 2011. Since then, they have been hitching on Russiam shuttles. 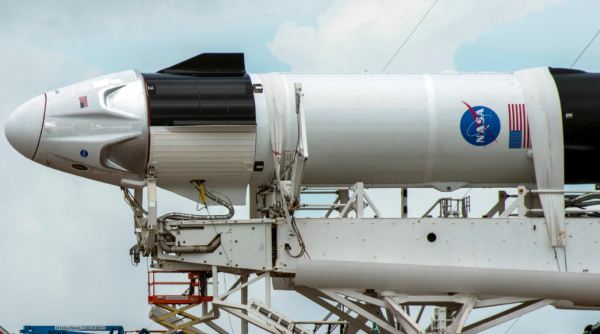 NASA chose Doug Herley and Bob Behnken to pilot SpaceX's test flight, Demo-2/ Both already have flown two space subtle missions in their career. NASA's administrator, Jim Bridenstine, told Business Insider that the two astronauts will unite people once again as the entire world will be watching this historic event.

Demo-2 is set to launch from the Launch Complex 39A at the Kenedy Space Center in Cape Canaveral, Florida. However, storms in the area have a high chance of becoming a hindrance for the launch which the United States Air force's 45h Space Wing has given a 60% chance of liftoff based on the weather forecast.

How you can watch the launch live online

There are a lot of ways you can watch this historic space mission take off online. First, there's NASA TV. This is the agency's ongoing live stream program which will broadcast the coverage from the launchpad itself beginning noon eastern time this Wednesday, May 27. Once the entire crew is in orbit, NASA TV will show how the hatch opens as it docks on the space station before Hurley and Behnken join the ISS crew.

According to reports from Business Insider, "SpaceX will cover its launch live in starting about four hours before liftoff via its YouTube channel. The production will be jointly hosted with NASA, but John Insprucker - a top engineer at SpaceX - will host the bulk of commentary for the rocket company. The company has not yet shared its video stream, but we will add it here once it becomes available."

The American Museum of Natural History is already planning to broadcast several live video events which include a virtual ride-along of a certain flight from the Earth to the moon from 11:00 am and at 4:00 pm. It will also stream a watch party with commentary by Neil deGrasse Tyson, museum curator Michael Shara and museum astrophysicist, Jackie Faherty.

Once the crew takes off, it will only take about 9 minutes for the Crew Dragon to reach orbit.