Eclipse Season Has Arrived! Here's How to Watch the 'Strawberry Moon' Eclipse This Weekend

It is time for another celestial event worthy of note. For this year's Strawberry Moon, make sure you cast your gaze towards the sky.

But, first things first to avoid disappointment and confusion: The Moon won't look huge, round strawberry. That's because, in North America, the name comes from Native American Algonquin tribes.

According to The Old Farmer 's Almanac, this full moon was their warning to pick wild strawberry. Unfortunately, the June Full Moon "strawberry" nickname does not refer to a color. Still, it appears to be an old reference to the strawberry harvest season.

On the other hand, NASA explained that it's during June when honey becomes ripe and ready to be harvested from hives or the wild has suggested some writings. The term "honeymoon" dates back in Europe to at least the 1500s.

You can hear it named the Honey Moon or Mead Moon in Europe. Indeed, calling the honeymoon's first month of marriage can be related to this full moon. That is because of the June marriage custom, or because the Honey Moon is considered the year's "sweetest" moon, NASA explained.

NASA's Gordon Johnston has rounded up a list of alternative moon names this month, including mead moon, honeymoon, hot moon, and moon planting. 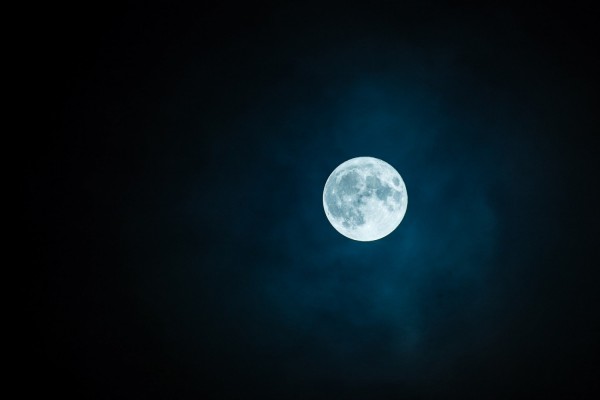 What's the best time to see it?

A full "strawberry moon" is on the horizon. For certain parts of the planet, it coincided with an understated partial eclipse. The moon was at its absolute fullest on Friday afternoon, June 5, at 3:12 p.m in the Eastern Time Zone of the United States.

You'll have several other opportunities to revel in the view. According to NASA, the moon will still be full from early Sunday morning, June 7. The eclipse skipped North America, but the Virtual Telescope Project live-streamed the Italian lunar phenomenon. If you didn't catch it live, you can watch the replay and enjoy an image of the strawberry moon shared by astrophysicist Gianluca Masi, the founder of the Virtual Telescope project.

CNN meteorologist Judson Jones said the best time to see the unique phenomenon is while the moon is still low on your horizon.

"When the moon is low on the horizon, it allows you to capture the view with objects in the foreground, making the moon appear bigger," Jones explained.

The moon will also cross a portion of the Earth's shadow on June 5, triggering a partial penumbral eclipse. It won't be visible in North America. Still, people can see a subtle darkening of the moon color in Europe and Africa and eastward to Asia and Australia.

ALSO READ: NASA Will Shoot The Moon With a Giant Laser To Find Water: Green Fuel Will Power The Gigantic Flashlight

Usually, there are two eclipses in an eclipse season-one of the sun and one of the moon. But this is a special event, which leads to three eclipses. The reason for this is that its central one - the June 20 annular eclipse - is very central, very close to the season's theoretical midst.

The next full moon following the strawberry is the Sunday, July 7, Full Buck Moon. There will have another penumbral lunar eclipse on November 30 and a total solar eclipse through the southern portions of Chile and Argentina on December 14 at the next eclipse season. It will encompass the months of November and December.