The new Nest-branded smart speaker from Google has photos and videos that have leaked online, further raising the anticipation of the fans. The company has confirmed these images and clips are authentic, The Verge reported.

This brand-new speaker from Google came out in the media as early as last month, and was then codenamed "Prince." It is characterized to be better and larger speakers, with a fabric-inspired design that resembles the Google Home Max and Nest Mini.

However, it is clarified that Prince is display-less and more nearby to Sonos One.

The Google Nest will reportedly have more color options apart from the grey that is currently in the photos and videos. It leaked through the Japan counterpart of the FCC on Thursday, and there are videos that showcase the product in more colors. Google confirmed these information.

Furthermore, the stereo pairing, which was first launched through the Home Max, would make its way toward these newly-built speakers. The video consisted of team members from Nest, including Product Lead for the Smart Speakers Mark Spates, Design Director for Home, Wearables and CMF, Isabelle Olsson, General Manager and Product Vice-President of Google Nest Vice President Rishi Chandra. 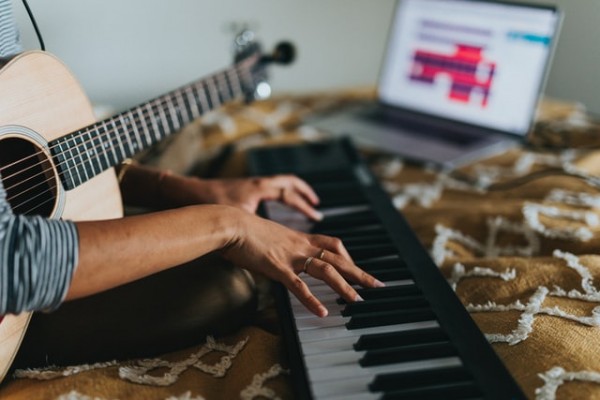 The leaked clips and photos did not come directly from Google, but the company has responded through regulatory filings and confirmed the existence of these products, The Verge said in another report.

The company said it is "what the Nest team is working on from home" perhaps right at these times while awaiting the end of the COVID-19 pandemic.

"Google's hardware products are notorious for leaking early, so as with the Pixel 4, it's helpful to see the company get ahead of that reality. No word on when this new Nest speaker will be revealed in full or released, though," Sam Byford wrote in the story.

Meanwhile, following the insights that Apple iPhones used to update faster since the company controls both its hardware and software. With hundreds of devices that run on Android, it is challenging to have the similar speed rate and effectiveness of major updates, not to mentions the differences from OEMs toward the software.

Google is reportedly able to catch up with these updates with its Google Play Services, despite the fact their devices are no longer taking OS updates, GSM Arena reported.

Official blog post from Google Developers stated that Android 10 was the fastest adopted Android version. Yet, this did not happen very quickly, since the company introduced new practices over the previous years gradually, including speeding up the OEMs processes, while testing recent versions of Android via the Developer and Public Beta programs for Google Pixels, and more OEMs.