The National Aeronautics and Space Administration (NASA) has sent quite a few spacecraft into space to help scientists back here on Earth learn more about our solar system and its inhabitants--and for the first time, we have more understanding of a few of them, including the mysterious water world, Ceres. 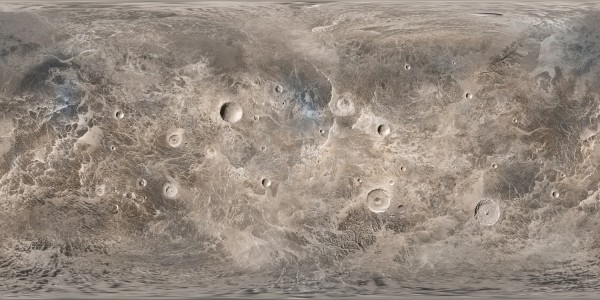 (Photo : Maxwell Fury from Pixabay )
Ceres is a dwarf planet in the asteroid belt and is known as a water world.

According to a report by The Independent, the American space agency has finally revealed the first findings on the dwarf planet that reside in the asteroid belt, an area in our solar system filled with asteroids or space rocks just between Mars and Jupiter.

The dwarf planet is the only one to exist within the inner solar system; nevertheless, it's the largest object in the asteroid belt.

Ceres is relatively close to the sun compared to the planets in the outer solar system, so it can receive some of the star's warmth, which gives astronomers hope that it could have been habitable by an alien life form.

With that, the space agency sent Dawn spacecraft to space and orbited the dwarf planet from 2015 to 2018.

Indeed, NASA experts were able to gather new information about the mysterious world.

The Search for Alien Life

"Long believed to be a primitive body, Ceres is now an ocean world with deep brines at a regional and potentially global scale," said NASA planetary scientist Julie Castillo-Rogez, who did not work on the project.

Castillo-Rogez urged more research and a follow-up mission to the dwarf planet so our scientists could learn more about its evolution as well as its "potential habitability."

Scientists who worked on the study suggest that what they found could help them search for alien life on worlds like Ceres.

Among their findings is the confirmation that Ceres is indeed an ocean world and that it could have been geologically active in the past until relatively recently.

Before the Dawn spacecraft ran out of fuel and died, it orbited just above Ceres' surface for one last mission: to capture the Occator crater, a part of the planet that emitted a strange glow and is one of its most distinctive features that have been around for around 20 million years.

In one of the papers NASA published in Nature journals, experts revealed that the hills and mounds located on the crater could have been formed after the water flows, which were created by the original impact, froze over.

According to scientists, this behavior was only seen on Mars and our planet in the past.

Additionally, one paper found that the dwarf planet only recently stopped experiencing a period of activity of its ice volcanoes that began around nine million years ago.

This led them to believe that the dwarf planet could have been active until relatively recently.

Furthermore, different papers also found that there is a massive saltwater reservoir hiding under the glowing crater and that it could have been mobilized by the original impact that made the crater in the first place, helping leave the salt deposits that now sit on Ceres' surface, creating the strange glow it is well-known for.

Another paper also suggested that the planet might have more salty fluids inside it as they have found hydrated chloride salts in the middle of the planet, where it glows the brightest.

According to them, salts dry out fairly quickly, so they believe new brine is being pushed up through the surface.

Read Also: Sun Enters a New Solar Cycle as Sunspots Appear Again; Could a Massive One Cause 'Killer' Solar Flare?