MIT Professor Predicts the End is Looming for Humankind

As if 2020 can't get any better (or worse), a professor from the Massachusetts Institute of Technology (MIT) said that time is running out for humankind and that he fears it's a little too late to save ourselves from imminent extinction. 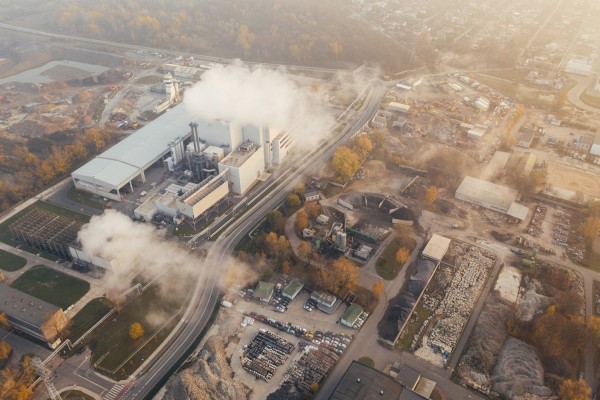 (Photo : Pixabay)
An MIT professor says we have little time to change our actions and save ourselves.

Near the Point of No Return

According to a report by Futurism, MIT mechanical engineer Asegun Henry warns humanity that we are incredibly close to the point of no return, which would send us to the path of destruction of the climate and all of humankind.

It all boils down to physics: our energy consumption only involves either transferring or generating heat.

If that is partnered with greenhouse gas emissions that come from the energy we use, it's only a matter of time before Mother Nature claps back, and the majority, if not all, of humanity, could be easily wiped out.

This is something that tons of people have been speaking about, but unfortunately, they typically fall on deaf ears, making it almost impossible to make a move that would turn things around or significantly buy us more time.

Five Challenges We Need to Overcome

Nevertheless, Henry says that we have hope left, and it's not the time to wave the white flag.

In a research published in the journal Nature Energy, Henry worked with other engineers from various universities in the USA, including from the University of California, Stanford University, and Berkeley to lay out five of the grand challenges we have to overcome to reverse the course of destiny and avoid human extinction.

The five challenges are as follows:

Finally, experts will have to solve variable conductance building envelopes.

These challenges are not for the faint of heart and can be extremely difficult to accomplish, but humanity's fate is on the line.

"Time is running out, and we need all hands on deck," Henry said in a press release.

In the interview, the MIT engineer also shared how the paper came about, saying that it all stemmed from a meeting with billionaire and philanthropist Bill Gates together with his two co-authors.

According to him, they were sent to teach Gates about thermal energy and by the end of the meeting, when they are going back home from the session, they decided that the message they related to Gates should be shared with everyone.

"This particular paper is about thermal science and engineering specifically, but it's an interdisciplinary field with lots of intersections," he said.

However, overcoming the challenges are the least of our worries, since the expert said by the time we have transitioned to clean energy from fossil fuel-dependent energy, we may have lost so much time.

"We need dramatic change, not yesterday, but years ago," Henry further said. "So every day I fear we will do too little too late, and we as a species may not survive Mother Earth's clap back.

Read Also: Study Reveals How Bacteria Adapts to Their Host and Become Even More Infectious