NASA's James Webb Space Telescope Ground-Segment Test Is a Success!—Commands Can Be Carried out in Space

The National Aeronautics and Space Administration (NASA) recently achieved a groundbreaking milestone after completing a demonstration that allows scientists and astronomers to use the James Webb Space Telescope once it is in space.

NASA performed a "ground segment test," which is the first time commands to power and tested Webb's scientific instruments. The components that build up the James Webb Space Telescope is now sent to the fully-assembled observatory from its Mission Operations Center at the Space Telescope Science Institute (STScI) in Baltimore, Maryland.

This test is part of NASA's critical assessment of the telescope to determine if it would hold up its supposed functions and deliver its intended usage as a data collector that will be sent in the cosmic space. NASA's top priority is Webb's communication with the systems on the home planet and is the critical key in the whole project.

NASA tested James Webb's Space Telescope observatory and its capability to deliver loads of information for its time. Scientists believe that space communications are complex and in both sending commands and downlinking scientific data. The James Webb's Space Telescope function tremendously, according to NASA. The test successfully demonstrated a complete end-to-end flow from planning the science Webb will perform, to uploading the scientific data to be used for the community archives. ALSO READ: Elon Musk's Starlink Satellites Pose Grave Threats to Cosmic Studies, Warn Astronomers

The scientists from NASA that are primarily concerned with the telescope's functions and innovation tested Webb's four instruments to determine if it will work. The simulation needed 100 NASA personnel to work on the testing, spread remotely, and some on-site in Maryland and California. The test took four days to complete because of the Novel coronavirus's hindrance for a more efficient job. NASA needed to emulate Webb to be controlled act like it is already in orbit by linking it to the Deep Space Network that connects all communications from the ground up to the atmosphere. The Deep Space Network is a group of giant radio antennas that enables communications and remote links. Commands are linked to the Deep Space Network from Webb's observatory, currently located in the Northrop Grumman in Redondo Beach, California.


Amanda Arvai, Deputy Division Head of Mission Operations at STScI in Maryland, stated that she is pleased that the test went as planned. The telescope performed its end-to-end functions seamlessly.

Webb's four scientific instruments were one of the primary focuses of testing as it ensures that these instruments will function well and seamlessly once it is out in the exosphere. The Integrated Science Instrument Module (ISIM) is one of three components that makes up the Webb's Space Telescope with the Optical Telescope Element (OTE) and the Spacecraft Element (Spacecraft Bus and Sunshield).

The ISIM has four major components which the ground segment test reviewed, namely

Webb's Chain of Command from Space 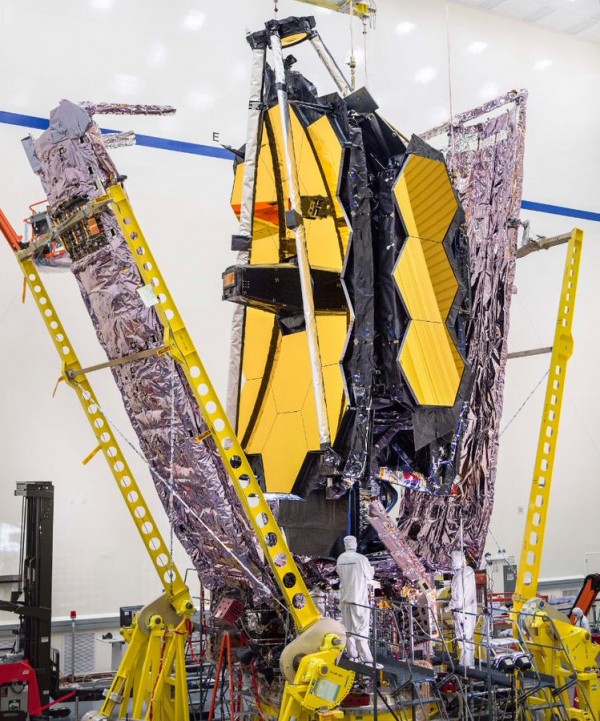 James Webb's Space Telescope is now towards its final stages of development wherein it will be prepared for its travel and stay in space. With the test going smoothly, the next step for scientists is to maintain Webb's functions and control it remotely.

Once in space, Webb will be controlled remotely from its command center in STScI in Maryland to the Deep Space Network in three locations: California, Australia, and Spain. From there, signals will be sent up to the telescope and spacecraft of Webb. NASA's Data Relay Satellite network in New Mexico, ESA's Malindi station in Kenya, and Europe Space Operations Centre in Germany will aid in keeping communications with Webb stable.

Webb will be NASA's "eye-in-the-sky" and provide various information and data that will enable a better view and retention of space information.

ALSO READ: LOOK: Bizarre Cold Gas Shooting on the Milky Way is Key to New Star Formations in the Galaxy!