The Australian federal government will spend more than $250 million for an online system upgrade, which would opt the public to use facial recognition to access more government services such as JobSeeker.

The funding is part of the $800 million digital technology investment, which will pave the way to the full integration of MyGov's digital identity program and 14 additional services including getting a tax file number or director identification number. 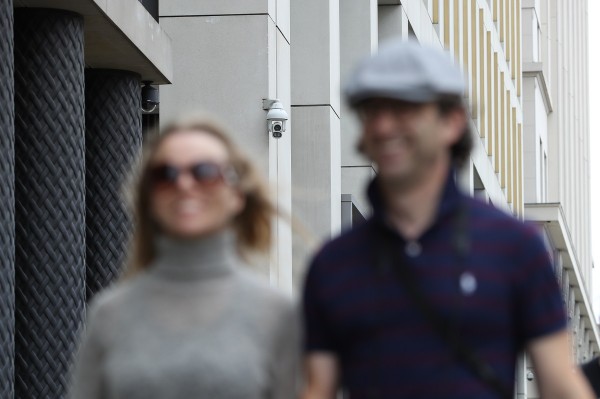 (Photo : Dan Kitwood/Getty Images)
LONDON, ENGLAND - AUGUST 16: People walk past a CCTV camera in Pancras Square near Kings Cross Station on August 16, 2019 in London, England. CCTV cameras using facial-recognition systems at King's Cross are to be investigated by the UK's data-protection watchdog after a report by the Financial Times.

Soon people will be required to use facial recognition to register to vote, apply for welfare payments, and file for bankruptcy while welfare recipients will also need to use this technology to access government benefits.

According to Prime Minister Scott Morrison, he hopes to make it easier and safer for businesses and individuals to use government services, which saves time and money. 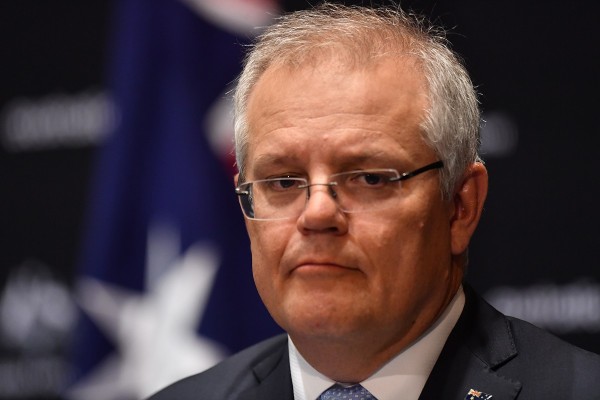 (Photo : Sam Mooy/Getty Images)
CANBERRA, AUSTRALIA - JUNE 12: Prime Minister Scott Morrison during a press conference in the Main Committee Room at Parliament House on June 12, 2020 in Canberra, Australia. The government last month promised to repay $720m to 373,000 past and present welfare recipients over 470,000 unlawful demands for money calculated using faulty “income averaged” annual pay data as part of Centrelink’s income compliance program. New polling has showed significant support for a royal commission into the debacle, and revelations that internal estimates have shown the total value of those 470,000 unlawful debts will be close to $1.5bn AUD.

PM Morrison said many businesses quickly switched to the online platform as soon as the coronavirus pandemic hit the world, which allowed them to expand their services and find new customers. This brings a "decade of change" within months.

The prime minister also noted that this plan boosts the country's economic recovery by removing outdated regulations, boosting small businesses' competence, and support the advancement of technology across the economy.

Currently, there are more than 1.16 million businesses and 1.6 million individuals who are already using facial recognition to access 70 online services offered by the government.

The largest chunk of the digital technology package costs more than $400 million, which will be used to upgrade business registers to allow companies to view, monitor, and update their data seamlessly in one location.

The various system and infrastructure upgrades are included in the $4.5 billion investment to provide ultra-fast internet to millions of Australian households and businesses. The funding was raised through the help of private-sector market borrowings, "so it doesn't hit the budget bottom line." It also complements the current $1.67 billion cybersecurity investments in online safety.

The National Broadband Network will soon allow six million Australian homes to get access to ultra-fast broadband by 2023 as the government-owned network provider pushes with the upgrade. This includes the construction of local fiber networks along the street, which would allow people to directly connect their homes to the network.

One the upgrade is finished, the internet speed will boost up to 1 Gigabit per second, which is far from the government's current minimum of 25 Megabits per second.

Communications Minister Paul Fletcher said the timing for the network upgrade is perfect as the growth in broadband demand is largely seen for decades, particularly during the COVID-19 pandemic.

Currently, the internet demand skyrocketed by 80% as more businesses are forced to switch to an online platform while more employees work from home. This high demand continues to strain the network performances with slower internet speeds in some cities.

Instead of just offering optical fiber cables to businesses and households as promised by the labor government in 2009, NBN will offer a combination of fixed wireless, HFC, copper wires, optical fiber, and even satellite networks to boost the internet speeds across the country.

Meanwhile, about $30 million will be spent to support private companies to invest in 5G technology trials. This not only covers the communication industry but also firms in mining, agriculture, manufacturing as well as logistics.