A newly released Tesla software update allows car models to run on green lights without a driver's confirmation automatically. In the 2020.40.0.4 update, Tesla cars would no longer need a 'lead car' or a next car going in front of you to drive the vehicle on green lights automatically. The question here is, "is it safe?" 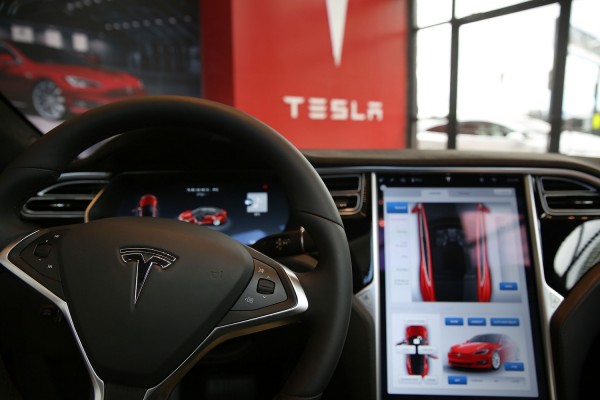 Earlier this year, the company launched its new addition to the brand's Autopilot feature, which was called "Traffic Light and Stop Sign Control."

If the traffic signs blink yellow, the car would also slow down. Now, once the vehicle signals an intersection and sees a green light, it will require drivers to confirm the 'go' sign before hitting 'drive.'

At the time, this specific feature was changed to depend on 'lead cars.' Lead cars are the vehicles in front of you when driving.

Once the Tesla car detects green light and another vehicle is running in front of him, the vehicle will automatically run--no longer needed for the driver's confirmation.

But on the newly-released Tesla software update 2020.40.0.4, lead cars would no longer be necessary. 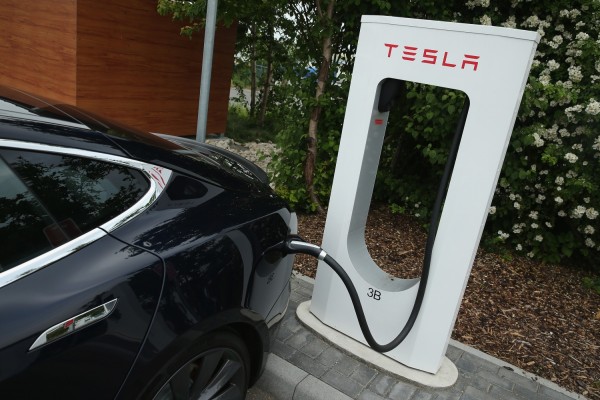 (Photo : Photo by Sean Gallup/Getty Images)
A Tesla electric-powered sedan stands at a Tesla charging staiton at a highway reststop along the A7 highway on June 11, 2015 near Rieden, Germany. Tesla has introduced a limited network of charging stations along the German highway grid in an effort to raise the viability for consumers to use the cars for longer journeys

Upon updating the Tesla car to a new software update called 2020.40.0.4, the feature allows the car to automatically drive once it sees green lights on the traffic signs.

All the original features from the Traffic Light and Stop Sign Control feature remain. One thing that will change is how the car will react to 'Go' green lights. As explained, the feature will no longer need a lead car or driver's confirmation to hit a drive on the feature.

"As you approach a green traffic light, in some situations where there is a straight path through the intersection, the Traffic Light and Stop Sign Control feature may no longer require explicit driver confirmation. If this occurs, the stop line in the driving visualization will turn green to indicate that the car will continue through an intersection. Confirmation is still required if your car is already stopped at the light when it turns green," Tesla explains.

Once Tesla detects the green, it will continue to run-- but on straight lines only. If you're turning, the feature will not work.