A plastic-eating 'super-enzyme' could solve the never-ending global plastic pollution. That is what researchers in Colorado have found in their recent experiment. If this works, all plastic materials in the world will no longer be dumped anywhere but be reused to become plastic materials again. Here's how it's possible. 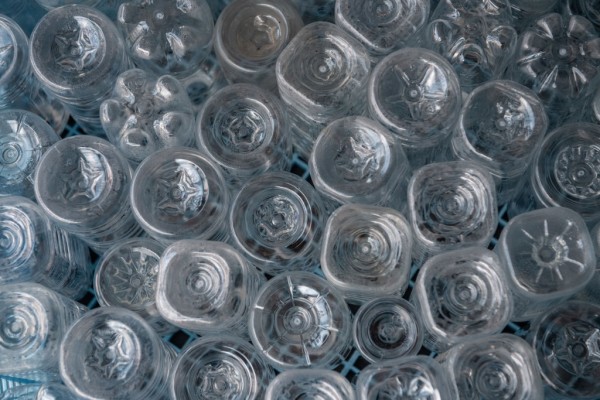 (Photo : Carl Court/Getty Images)
KAMIKATSU, JAPAN - JULY 02: Used plastic bottles are pictured at Kamikatsu waste recycling facility on July 2, 2020 in Kamikatsu, Japan. Kamikatsu is a zero waste town meaning that all household waste is separated into 45 different categories at the local waste facility where it is sent to be recycled. The town currently recycles around 80 per cent of its waste but is aiming to become fully zero waste in the next couple of years.

Plastic pollution is one of the most serious environmental problems in the world. More than 300 million tons of plastic materials are being produced every year.

Most of them are being dumped carelessly in land or water, which results in a much worse problem that some of the food we partake contains microplastics from eating fishes or any seafood.

A lot of environmental groups already demanded single-use plastic, but the production still increases over time.

To help curb this issue, a group of researchers from the Center for Enzyme Innovation in the UK and the National Renewable Energy Laboratory in Colorado created "super-enzymes" that they engineered to break down plastic materials within a couple of days only.

How did they create it?

As explained via Business Insider, plastic-eating bacteria is no longer a new concept for scientists. In 2016, researchers in Japan first found this organism that produces two enzymes that help them break down PET within weeks. Scientists dubbed the enzymes PETase and MHETase.

The same study was also the inspiration behind the Colorado researchers. They studied the findings of Japanese researchers and changed it to make it faster.

"PETase attacks the surface of the plastics, and MHETase chops things up further, so it seemed natural to see if we could use them together, mimicking what happens in nature," biologist John McGeehan, the lead author of the study, said in a press release.

Interestingly, they were successful and developed 'super-enzymes,' which boasts to breakdown plastic materials six times faster than before. 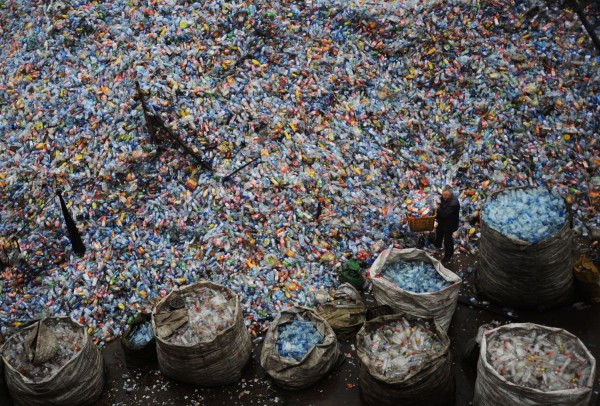 (Photo : Photo by China Photos/Getty Images)
A worker sorts used plastic bottles at a plastics recycling mill which is ceasing production as the global financial crisis starts to bite in China's recycling industry on October 29, 2008 in Wuhan of Hubei Province, China. Many of China's recycling mills and farms are being forced to stop collecting recyclable scrap materials due to the nose-diving order prices as those of oil, metal and other commodities have plunged worldwide amid a worsening economic outlook.

Here's the simple explanation of how this works. The 'super-enzymes' will be eating the plastic material, which they will break for at least days.

Instead of companies to create another set of plastics, the enzymes will only be used to reuse the original plastics which are already present today.