Flu vaccine raises fear in South Korea after five people died, including a 70-year-old man and a 17-year-old boy. The unfortunate individuals took the flu jabs before they succumbed to their deaths. 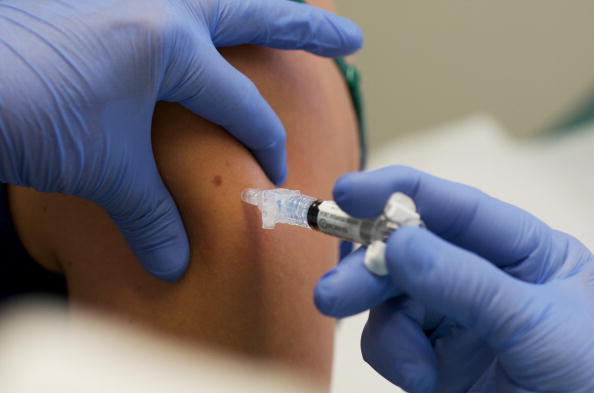 (Photo : Photo by David Greedy/Getty Images)
Marisa Grunder, 27 of Wilton, Iowa, is given a shot during trials of an H1N1 vaccine, developed by CSL of Australia, at University of Iowa Health Care, the University's medical center, on August 11, 2009 in Iowa City, Iowa. The university's medical center is one of 8 trial sites across the nation conducting human studies on the new vaccine which is looking at optimal dosage levels for a variety of age groups.

However, the authorities advised the public not to believe that the sudden deaths were caused or linked to the vaccine. According to the Daily Mail UK's latest report, the authorities are now conducting an investigation, including post-mortems, to identify the cause of deaths.

"It makes it hard for us to put out a categorical statement," said Kim Gang-lip, the vice health minister of South Korea, during a briefing on Oct. 21.

Reuters also reported that because of the deaths, which made huge headlines in South Korea, the national vaccine program was suspended just a few weeks after it was launched due to safety worries.

What Happened to the Koreans?

The officials said that the 17-year-old child was the first one to die after taking the flu shot. He received the medicine jab near the capital of Seoul and then passed away after two days. 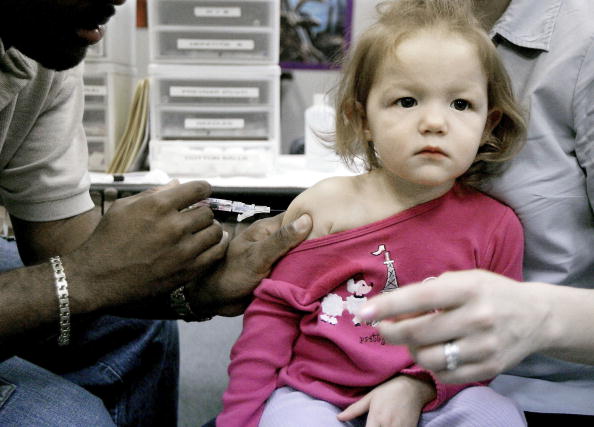 (Photo : Photo by Jeff Topping/Getty Images)
18-month-old Faith Willis waits as LPN (Licensed Practical Nurse) Gary Brown administers a flu shot on November 10, 2004 at a clinic in the Spectrum Mall, one of five Maricopa County Department of Public Health immunization clinics in Phoenix, Arizona. The health department received 6,200 doses of the pediatric flu vaccine (manufactured by Aventis) from the National Immunization Program, and the clinics are being held for children six to 23 months old.

On the other hand, the 70-year-old man was the most recent case. This guy, who had Parkinson's disease and arrhythmia, died in Daegu on Wednesday, Oct. 21, after receiving the flu vaccine.

However, the authorities claimed that the man was already taking the jabs since 2015 with no previous adverse health reactions.

Last month of September, the authorities said they plan to increase the flu vaccine production for the winter, around 20% more than 2019. The Daegu officials hope to treat 30 million people to prevent the health system from being overcrowded by people suffering from COVID-19 or flu.

They added that since Oct. 13, 8.3 million people have already received the free vaccine.

For more news updates about other vaccines, always keep your tabs open here at TechTimes.