"Mortal Kombat 11 Ultimate" is the definitive, upgraded version of "Mortal Kombat 11" filled with various game experience upgrades and updated graphics. There are also some brand new characters added, which include Rain, Rambo, and the highly popular Mileena.

This new set of playable characters gives more reasons to continue playing this action-packed game."Mortal Kombat's" creative director Ed Boon, has teasing fans for Mileena's entry to the game, but it took a quite long time before she was able to join the game, not until MK11 Ultimate was released. 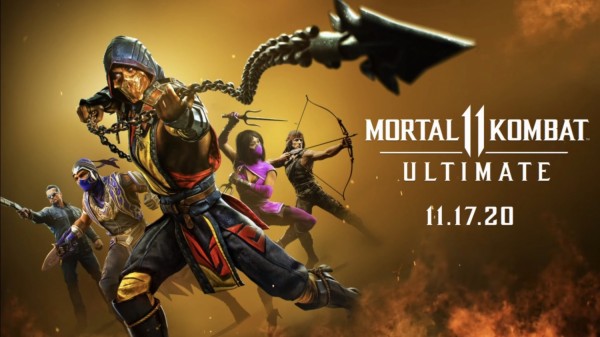 (Photo : Ed Boon/Twitter)
Mortal Kombat 11: Ultimate has it all

Boon also earlier shared on Twitter Mileena's Friendship finisher. The clip shows a tea party with three teddy bears as guests. While it was pretty absurd, a right amount of strangeness makes the game more interesting.

These bears dressed up as Jade, Katana, and Mileena look adorable as they share some tea on a cute pink table. Mileena is also quite charming as she was seen hopping and hugging her teddy bear. Her friendship finisher can be played with the following"

Indeed, Mileena did not disappoint her fans with her strong moves, brutalities, and fatalities. Meanwhile, here is a complete guide on Mileena's fatalities and brutalities.

Read also: 'Pokemon Go' Slowpoke: Best Location to Catch, Movesets, and How to Evolve to Slowbro or Slowking

"Mortal Kombat 11 Ultimate" will not be similar without bloody Brutalities, and Mileena's finishers are the icing on the cake. Mileena indeed knows how to stylishly end a fight from chewing up an enemy's head before vomiting it up to spitting nails on their corpse. Here are her Brutalities movesets.

With the "Mortal Kombat Ultimate" version, these startlingly brutal moves are all available in 4K HD. If "Mortal Kombat" fans could get a new generation console, we advise for them to select the Ultimate version to be able to see all gruesome details.

Mileena rips her enemy's face off through their stomach.

Spinning Out of Control (Mid)

Mileena's Fatality turns into a spinning wheel of death before she cut half her opponent with a saw.

Related article: 'Mortal Kombat 11' Ultimate: Here are Mileena, Rain, and Rambo's Fatalities and How to Perform Them