Android Auto has been a huge leap for Google, as it claims to be a smart driving companion that allows you to keep in touch, stay entertained and connected with a personal auto Google Assistant. Many users are actually pleased with its simple interface, and its easy navigation with your phone's apps. 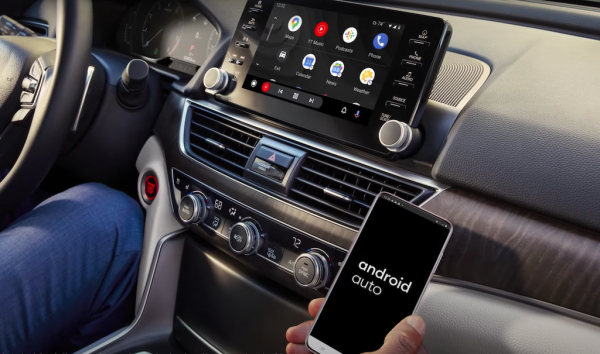 However, many things still need to be improved by Google when it comes to Android Auto. One problem that has really bugged users have been raising voices all over discussion platforms since 12 months ago, and have been recently ignored, until now when Google finally decides to look into the issue.

Android Auto is supposed to work while you drive by just saying" Ok Google" to assist you in doing different things such as checking updates, routing to your next destination, estimating your ETA, checking your calendar, setting reminders, avoiding messaging distractions, making google calls, accessing contacts and sms, and the highly important feature for many- the infotainment system. This allows users to listen to their favorite music and media apple such as podcasts, audiobooks, news, radio stations, reports, and music.

The latter is the exact issue that users were complaining about. Apparently, Amazon Music is playing the wrong song when used in Android Auto. A lot of users have been complaining about how it's extremely annoying to not be able to play the right song. What infirurated the users more is that despite the rise of complaints regarding the issue, Google never seemed to address or even acknowledge the problem despite more users confirming this existing problem. 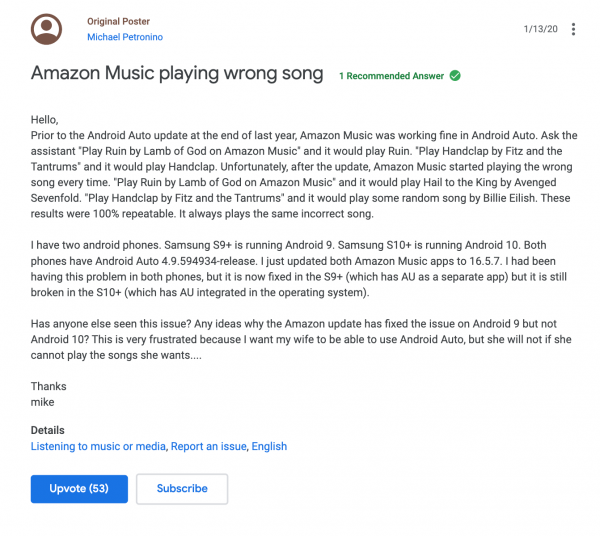 According to the complaints reported via AutoEvolution, there were no issues in asking Google assistant to play a song in Amazon Music per se, but the app ends up playing a different song on the car. The problem has been reported since January 2020, but  long silence is deafening for users.

Google and Amazon Promises to Look into the Issue

Thankfully, Google decided to respond recently by saying that the problem is "forwarded to  the rest of the team" and that they are currently looking into the problem and troubleshooting the issue.

To add more hope, a fix on Amazon Music has been reported in the Google Platform. "I've managed to get in touch with an advisor today at Amazon Music. I asked for my issue to be passed onto their team of developers and explained that there are lots of people having the same problem as me on this forum. They got back in touch to say that they have now been able to reproduce the issue and that they're aiming to have it fixed within the next week. It sounds really promising, so hopefully, we will see a fix soon." Google has also referred users to their customer service platforms to address any arising issues.

It's quite promising to know that Google and Amazon are finally looking into the problem after a long time of ignoring users. Music is an extremely important feature, and it's especially frustrating when you're sold on a false promise. At least, users are now more at ease knowing that their problem can be fixed anytime soon.

As of the time being, over 400 car models are being supported by Android Auto along with a phone running Android 6.0 or higher.