Visiting the Grand Canyon of Arizona or the Yarlung Tsangpo Grand Canyon of Tibet will make you realize how small you are but despite these awe-inspiring Earthly feats, they are apparently only a dent in the biggest canyon in the entire solar system, which can be found in Mars. 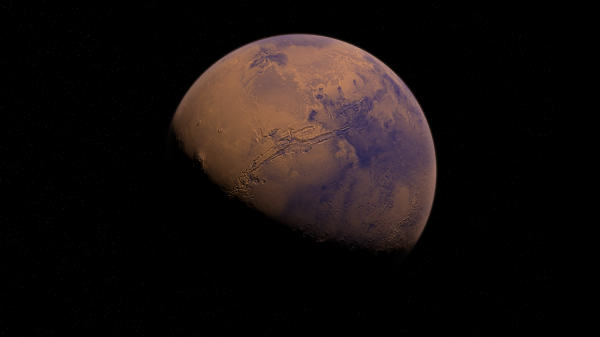 (Photo : Alexander Antropov from Pixabay)
HiRISE captures images of the largest canyon in the solar system.

The Biggest Canyon in the Solar System

According to USA Today, the Martian canyon is named the Valles Marineris Canyon and can be found along the planet's equator for around 2,500 miles or about 4,000 kilometers.

In context, it would run from New York to San Francisco if it was placed here on Earth.

Besides its length, the great Mars canyon is also as equally deep as some of Earth's deepest oceans, sinking 7 miles (or 11 kilometers) into its surrounding plains, according to the National Aeronautics and Space Administration (NASA).

For the first time, mankind is able to see more details about the largest canyon in the entire solar system through images captured by the High Resolution Imaging Science Experiment or HiRISE, the most powerful camera that humanity has sent to space, which is onboard the Mars Reconnaissance Orbiter along with five other instruments.

Read More: British Experts to Send First Robotic Space Spider Rover with Built-in Wi-Fi to the Moon by Summer of 2021

Theories About Its Origin

The space camera was able to capture the Valles Marineris canyon but despite the high-quality images obtained by HiRISE, scientists are still uncertain how such a colossal canyon was formed.

As per LiveScience, such a Martian canyon differs from the ones here on Earth as the Red Planet is too hot and dry to have such a massive river to run through its surface for a billion years to carve out something so humongous and complex.

However, the scientists at the European Space Agency (ESA) have a theory.

According to them, it is possible that a large part of the Mars Grand Canyon cracked open billions of years ago around the time when the Tharsis region, a group of volcanoes near the canyon, first thrust out of the planet's surface.

"As the Tharsis bulge swelled with magma during the planet's first billion years, the surrounding crust was stretched, ripping apart and eventually collapsing into the gigantic troughs of Valles Marineris," the scientists said.

Nevertheless, ESA did say that strong waters that once flowed through the planet have also helped reshape the Martian canyon, turning it deeper

They were able to draw such a conclusion after analyzing mineralogical information that was gathered through the help of orbiting spacecraft such as the Mars Express, with results showing the terrain in the area had shown signs of being altered by flowing water millions of years ago. 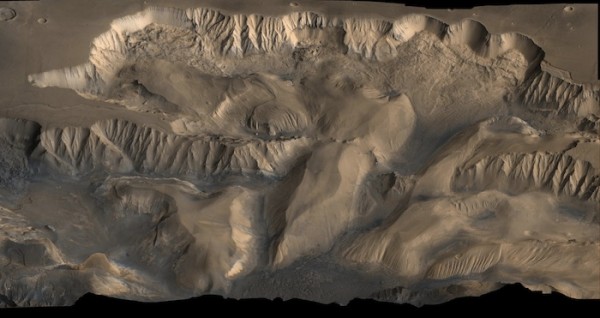 Although we are completely unsure about the history of such features, experts are hoping that through the help of HiRISE and such types of tools, we can gather more information about them.

Not only will we be able to know the history of planets like Mars, but we can also open doors to answering the history of our own planet and the entire solar system, something scientists have always been working on.

This is not the first time HiRISE has captured the Martian surface and it will not be the last time it will do so.