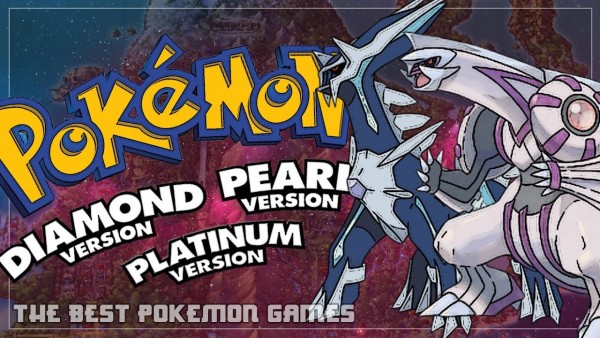 The Sinnoh Region is home to many classic "Pokemon" Heroes characters like Niya, Alyssandra, Jeremy, and Professor Rowan Sam is undeniably one of the most prevalent in the history of Pokemon. Even before the release of Sword and Shield, gamers have been asking for a remastered version.

On January 14, many fans are stoked that their wish might finally come true. Centro Pokemon, a reliable leak that regularly updates its followers with leaked information from "Pokemon" announced the remake of "Pokemon Diamond and Pearl".

According to the update, we might soon return back to the grassroots of Generation 4, and the remake will be released along with the launch of the Nintendo Switch. This also coincides with the celebration of the 25th Anniversary of the series. Centro Pokemon has revealed the update in a tweet.

We can now confirm that Pokémon Diamond and Pokémon Pearl are coming this year to Nintendo Switch. https://t.co/QB66iVt75t

Specific elements about the rumored update itself are rare as of the time being. The only point of interest that there is right now is that it'll be a unique fashion of remake compared to 2018's Let's Go Pikachu and Eevee. As leaks suggest, it will preserve the classic "Pokemon" style. Read more: 'Pokemon Go' Heatran Guide: Is It Good? Raid counters, Evolution, Weakness, and More!

Another interesting fact is that as Centro Pokemon says, a domain named diamondpearl.pokemon.com has been activated. This gives more sense to the updates that this new remake will be released. However, some days after the leak was revealed on social media, the domain was disabled. This is probably due to the fact that they have leaked the event prior to an expected announcement in February,

The domain has now been disabled.

Someone messed up by putting it up so early 👀https://t.co/l8kII83IUo

Aside from the leaked update and the way that it will be delivered along with the Nintendo Switch release, which would automatically make it the third mainline game delivered on the framework, there are not many details to predict. What's released in other snippets of data from the source is that of the timing of the launch update. As per the first release, the game is set to be uncovered by Nintendo at some point in February 2021, in spite of the fact that they didn't give a definite date. They also didn't announce yet whether it will be revealed in a launch event or the like.

Lamentably, much the same as the insights regarding the game itself, we don't have the foggiest idea when the Diamond and Pearl remake will be delivered actually. The source guarantees that it'll hit the market at some point in 2021, however past that, there's nothing else to figure out as of now.

Given the way that both Let's Go Pikachu and Eevee, just as Sword and Shield, dispatched at just the same timing as that when it was released last November 2018 and 2019, the new remake will probably do the same thing. That being stated, that is absolutely just a hypothesis. However, since leaks have already arisen online, it wouldn't be long enough before we could hear some actual news about this. For any more updates, we will keep you posted on this page.

ⓒ 2021 TECHTIMES.com All rights reserved. Do not reproduce without permission.
Tags: Pokemon Pokemon diamond and Pearl Pokemon update
Most Popular