International Space Station Location: Here's Where ISS will be in the Coming Weeks! How and When to See!

The International Space Station is not a "station" that places itself on one point in the orbit but is continuously moving to match the Earth's rotation and revolution around the Sun. That being said, it is that time of the year again, where the International Space Station would be seen from the planet without the necessary equipment and would appear several times in different locations. 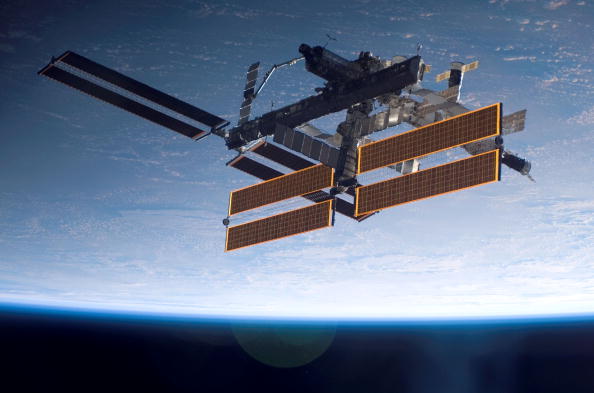 (Photo : Photo by NASA via Getty Images)
In this handout photo provided by NASA, the International Space Station is seen over a blue and white Earth, taken shortly after the Space Shuttle Atlantis undocked from the orbital outpost at 7:50 a.m. CDT. The unlinking completed six days, two hours and two minutes of joint operations with the station crew. Atlantis left the station with a new, second pair of 240-foot solar wings, attached to a new 17.5-ton section of truss with batteries, electronics and a giant rotating joint.

The National Aeronautics and Space Administration's (NASA) joint project with four other space agencies in the world, the International Space Station, is host to the neutral common ground in space. Now, the historical spacecraft and popular haven for scientists and their out-of-this-world research would soon appear to people as it travels around.

Ironically, while this may seem like a sight to see for people, according to astronauts from NASA, the International Space Station orbits the Earth every 90 minutes, meaning that it can be seen several times in a day. However, timing is the key to locate and see the space station with the naked eye, as it would be almost impossible during the day.

International Space Station Location: How to See it and When

Indeed, seeing one of the most historical and advanced space equipment is a sight to see during one's lifetime, and offers an awe-inspiring moment, especially with youngsters who aim to be astronauts one day. Timing is the key and good thing is that there are several schedules as to when the ISS would appear in the skies, right at dusk's hour. 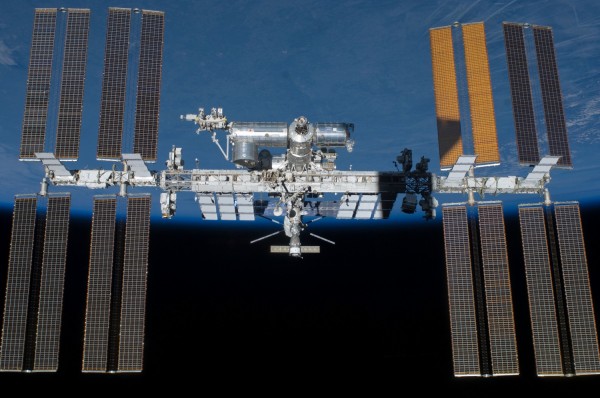 According to Penn Live, Pennsylvanians would have the opportunity to see the International Space Station thrice this week, with the first one already showing itself last Monday, January 18 at 6:52 PM. The next scheduled include Tuesday at 6:04 pm at 11 degrees above southwest over the next five minutes.

Additionally, it would appear for the third time on Thursday, January 21 at 40 degrees west for four minutes and move to a maximum height of 63 degrees northeast. 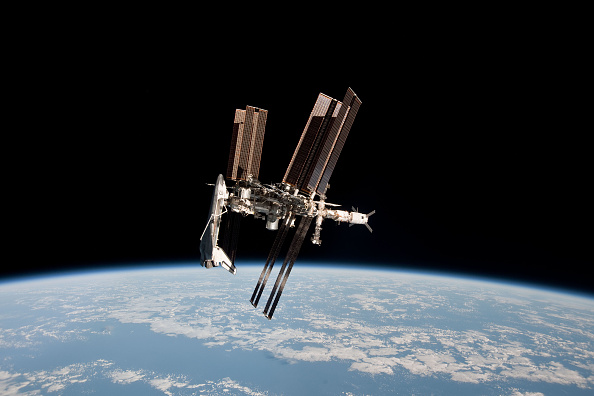 (Photo : Photo by Paolo Nespoli - ESA/NASA via Getty Images)
In this handout image provided by the European Space Agency (ESA) and NASA, the International Space Station and the docked space shuttle Endeavour orbit Earth during Endeavour's final sortie on May 23, 2011 in Space. Italian astronaut Paolo Nespoli captured the first-ever images of an orbiter docked to the International Space Station from the viewpoint of a departing vessel as he returned to Earth in a Soyuz capsule.

Not everyone has the same time and geographical locations and relying upon a certain place's schedule would not guarantee the sight of the ISS. Good thing NASA created a tool to spot the ISS right at home or anywhere one is, and would only need to pinpoint a certain location for NASA to set a schedule and location of the space station.

NASA's Spot the Station tool helps in locating the humongous ISS, which could be seen by the naked eye and its glistening glory as it passes over the skies. In the search, the next possible location for the Theodore Roosevelt Historic Site in Manhattan, New York, is the coming Saturday, January 16 at 6:51 PM for only one minute.

One only needs to pinpoint the location they wish to sightsee the International Space Station, pick a schedule, and hope for the skies to be clear that night or the early dawn of the morning.