Telegram is the Next Parler? Former Ambassador Sues Apple, Demanding to Remove App on Its Service--Here's Why

Telegram's fate is hanging by a thread as former US Ambassador to Morocco sued Apple and demanding the company to remove the messaging app from the Apple App Store. 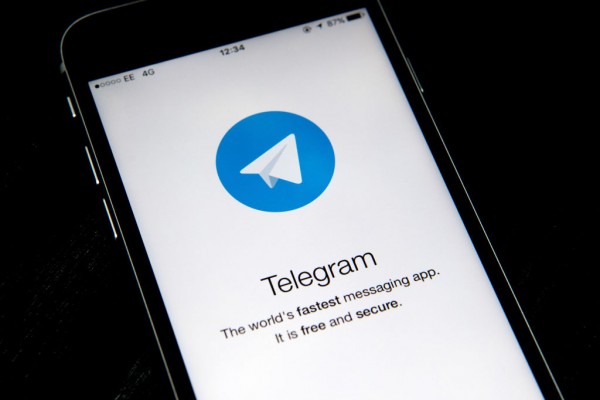 (Photo : Getty Images)
Telegram ban is being pushed by a former US Ambassador.

According to CNET, the lawsuit against the internet giant was submitted on January 17, 2021, and based on its contents, former ambassador Marc Ginsberg claims that Telegram is being used to coordinate extremism, anti-Semitism, violence, and racism.

Ginsberg is backed up by The Coalition for a Safer Web, who is the co-plaintiff in the lawsuit.

"Telegram is being used to intimidate, threaten and coerce members of the public," the complaint says.

Ginsberg also alleges that the messaging app, which is now growing more popular after the WhatsApp privacy policy fiasco, has caused him and others "economic losses and emotional distress" from being one of the groups targeted by Telegram's users, and it's all because the app remains free to download on Apple's App Store.

Besides Apple, Ginsberg has also previously threatened legal action against Alphabet to ensure Telegram is removed from Google's service.

The former US Ambassador, who is Jewish and raised in Israel, says in the lawsuit that he had been a target of two assassination attempts due to his religious belief.

By Monday, January 25, 2021, Ginsberg followed through with his threat and sued Alphabet Inc. unit, asking the California court to remove the said app on Google Play Store for the same reasons of encouraging violence and racism, as per Bloomberg.

The plaintiff also claimed that Telegram has been used by its users to threaten and encourage racists violence, especially after the death of George Floyd that sparked BLM movement, as well as the inauguration of US President Joe Biden.

The former US Ambassador says he decided to pursue the legal action because Google did not take any actions against Telegram that is comparable with the actions they have taken against Parler.

Furthermore, Ginsberg alleges that Parler users have migrated to the online messaging platform after the former has been suspended from Google, Apple, and Amazon Web Services due to its apparent role in the US Capitol riot earlier this month.

Apparently, there exists a Telegram channel for "Parler refugees" with some users urging their followers to drop whatever they are doing for the second round of protest in Washington in support of the former US President, as per the lawsuit.

In addition to inciting violence, the lawsuit also claims Telegram is being used as a platform to distribute illegal substances.

Google, Apple, and Telegram have not yet responded to Ginsberg's claims.

Nevertheless, Pavel Durov, Telegram's founder and CEO, said last week that the company is working double-time to remove any and all posts that call for violence after the Capitol riot.

Durov reassured the public that violence in the platform will not be tolerated.

Telegram has quite recently surpassed 500 million active users in the wake of the WhatsApp policy change and seen as an alternative to the messaging app, but with better security and privacy regulations.