'Valheim' Guide: How to Find and Mine Every Type of Metal; Plus Player Recreates 'Skyrim's' High Hrothgar

"Valheim," an Early Access title on Steam about surviving an in-game world based on Viking culture and Norse mythology is gaining a lot of attention these days, allowing players to craft anything from weapons to gears, and from what one player has made, a "Skyrim" icon.

Plus, this also includes a guide on how to find every metal on "Valheim."

In a report by ScreenRant, as "Valheim" players begin to show their creative side through the game, one player caught the attention of the world, especially both "Valheim" and "Skyrim" fans, thanks to a recreation of the latter title's High Hrothgar monastery

High Hrothgar in Valheim from r/valheim

The creation was done by Reddit user McBadWorld, who even created the interior as closely as possible to the specifics by Bethesda.

How to Find Every Ore In-Game

Meanwhile, here's a guide for every player who might be stuck in the game.

Specifically, here's a guide to finding and getting every type of metal on "Valheim," including silver, iron, copper, tin, black metal scraps, and obsidian, which help create a variety of gears and weapons that could be useful in the game, especially when taking down bosses.

How to Find and Smelt Copper 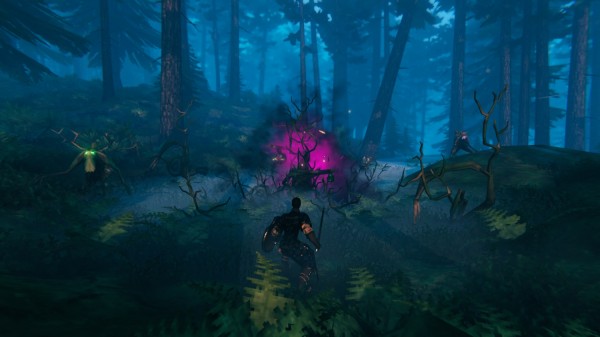 (Photo : Valheim on Steam)
The Black Forest biome is a good source of Copper.

First of all, copper is a common resource found in the Black Forest biome, as per IGN.

To get copper, look for massive rocks covered in moss that has copper-colored little inclusions in them, then it should read "Copper Deposit," and if it does, you know you got the right rock.

Use an Antler Pickaxe or something better to mine it.

Be sure that you keep on mining even if it seems you've mined all the copper since Copper ore frequently are deep beneath the rock, plus, you also get Stone while mining for this resource.

To smelt a single Copper bar, players will need x2 Coal and x1 Copper, but once you have a Copper bar, you can use it to craft a Copper Knife, Sconce, Bronze, Forge, and a Forge Cooler.

How to Find and Smelt Tin

Tin can also be found in the Black Forest biome, whenever players explore the shorelines and riverbanks within the specific location. Look for small rocks that have a streak of black through them.

Again, this will require an Antler Pickaxe or something better to mine it.

To smelt a single Tin ingot, "Valheim" players need x1 Tin and x2 Coal, and once you have a Tin ingot, you can craft either a Cauldron or Bronze.

How to Find and Smelt Iron

For the Iron ore, players need to go to the Swamp biome.

It can be found in two ways: first, finding the hidden Muddy Scrap Piles throughout the Swamp with the help of a Wishbone, which could be found by defeating Bonemass, one of "Valheim's" bosses.

The Wishbone will pulsate stronger, with louder pinging noises once you're near the Muddy Scrap Piles that contain Iron.

Nevertheless, Muddy Scrap Piles can also be found more reliably on the Sunken Crypts, but entering one will require a Swamp Key, which can be acquired by defeating The Elder, the game's second boss.

Muddy Scrap Piles often block doorways within the crypts, but they can also be a rare drop Oozers and mining Meteor Craters.

To mine Scrap Iron from the Piles, players need an Antler or Bronze Pickaxe, and when smelting the resource to a single Iron bar, players need x2 Coal and x1 Iron.

How to Find Silver 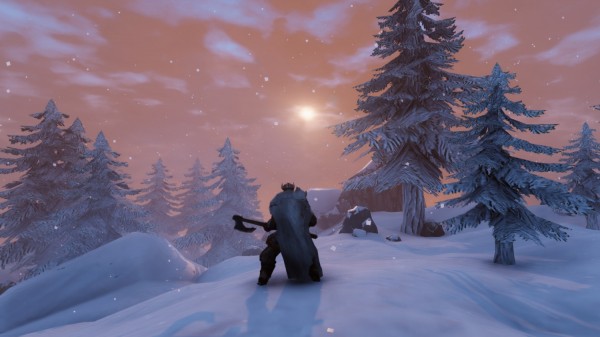 (Photo : Valheim on Steam)
Some ores like Silver and Black Metal Scraps can be found on Mountain biomes.

When it comes to finding a Silver ore, players need to go to the Mountains biome and mine deposits that are typically hidden underground and will typically require the Wishbone, although there are rare Silver veins found on the surface of mountain tops that can be found without the item, with a full guide from Tech Times.

Once the Wishbone you equip pulsates stronger and has a louder pinging noise, start mining the ground underneath you.

Moreover, only choose larger Mountain biomes since small ones won't have Silver ores.

How to Find Obsidian

Obsidian can also be found on Mountain biomes and by mining the black rocks found on top of the mountains.

The rocks are easier to find since they are above the ground, but you do need an Iron Pickaxe to mine an Obsidian ore, but it's worth getting the resource as it's useful for crafting a Tool Shelf, Frost Arrow, Poison Arrow, and an Obsidian Arrow.

How to Find and Smelt Black Metal Scraps

Unlike other ores in the list, Black Metal Scraps can only be dropped by Fulings as of now, so find some of these goblin-like creatures in the Plains biome, as well as along the Meadows and the Black Forest at night after defeating Yagluth to collect them.

Related Article: 'Valheim' Boss Guide: How to Defeat Eikthyr, Best Weapons and Gears to Use