The Google Pixel 5a have been leaked and the first look photos of the latest Android smartphone are perceived to have an uncanny resemblance to its predecessor, the Pixel 4a 5G, only with a larger screen. As first look photos have been revealed and seen, initial specs of the device are also rumored, coming with the latest Android 12 operating system. 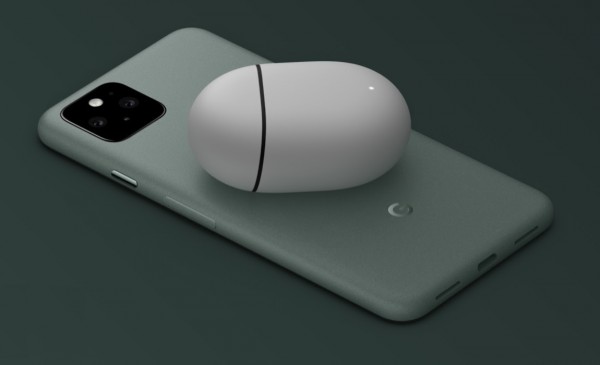 While Android may be an open-source operating system that is available for various smartphones globally, it is still software that was developed by Google, which also features the Pixel as its native platform. The smartphone line from the internet giant has had its ups and downs in the past years, as the Pixel phones compete with the massive competition on the market.

Twitter's Steve H. McFly, also known as (@OnLeaks), has first revealed the first-look photo set leaks of the Google Pixel 5a smartphone, which is the next flagship device from the internet company. Moreover, it follows the 2020 released Pixel 5 that was unveiled last October, which is also the period where the iPhone was initially unveiled.

The smartphone series of Google has been maintaining a uniform design and look since the initial releases, only differing from the latest features of the smartphone with dual-lens and new sensors around. The Pixel 5a's leaked photos have been featuring almost the same design as the Pixel 5 and the Pixel 4a 5G, only having slight differences in its size.

There were not many details revealed with the Pixel 5a's release and leak, as well as the specs it carries, which fans expect to be better than the previously released Pixel 5 that debuted a standard SoC Chip. The fans of the smartphone hopes for Google to bring new features and offers with the Pixel 5a, apart from its larger display.

According to The Voice's report, there would soon be confusion among the change and release of the Pixel smartphones, as the latest version would bear an uncanny resemblance to its predecessors. Without much change, the Pixel 5a may be a letdown if it does not bring new features and customer expectations to the table.

#Pixel5A Spec's and Renders 🤤
Via @OnLeaks

First and foremost, the Pixel 5a would change in display, which would feature a 6.2" FHD OLED display for its touchscreen, that would feature an almost bezel-less design with its front fascia. It would still feature the dual-lens camera design, which has a sensor with it. The device would still have the rear fingerprint sensor, along with a USB-C connection, and a 3.5mm microphone jack.

Related Article: Android 12 Beta Download: What to Know Before Installing on Your Phone