NASA's space missions are extraordinarily thorough when it comes to several things that should be considered. The recent exploration of the Perseverance Mars rover was not an easy task for the scientists and the engineers who work for the project.

One of the most significant factors to consider to craft a rover is the tire. Since the terrain of the Red Planet is different from Earth, a durable tire should be used, especially as the rover will have a long time on the planet. For this case, NASA has chosen the airless titanium tire, which could work like rubber, but is sturdier than normal tires.

Smart Tire Company, the company that created the tires used by NASA's rover, revealed that the METL (Martensite Elasticized Tubular Loading) tire would be available for the users soon.

Smart's METL Tires Will Excite You for your Newest Ride 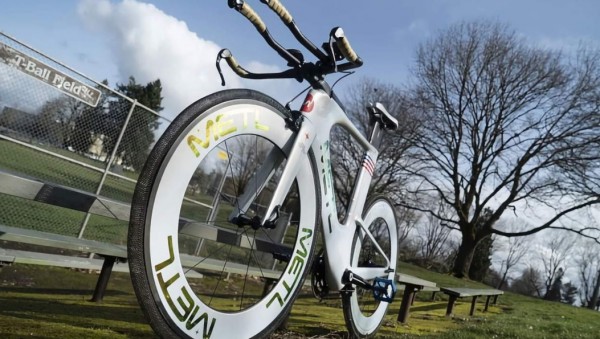 According to SlashGear, the tire technology, which started from space, is now ready for the public demand on Earth.

Space travels require a systematic approach following the technology that should fit the usage of the spacecraft. For example, Mars and the Moon have different surfaces, which at the same time have various compositions. Since scientists want what's more reliable to use, they will depend on metal tires as a good option.

During the exploration of the Apollo 15 to the Moon, the metal springs are attached to the tires so they could minimize the impacts brought by varying forces.

Even though the metals are of a durable type, they could be subject to deformation, in the long run, so the suits worn by the astronauts are also made to absorb the force during space travel.

For the past seven years, NASA has been working to craft a metal alloy called Nitinol. It is created through the fusion of titanium and aluminum.

While the usual feature of metal springs makes them more brittle when they hit an irregular surface, Nitinol is said to be stronger and more resistant to deformation.

Who would have thought that these tires could reach the earth for our daily use? The Smart Tire Company revealed that it is developing an unusual bicycle tire with the help of the Nitinol alloy forged by NASA.

This strange tire might outlast the regular bike tires in the market at the moment. The company said that it would never be inflated, and there would be no punctures and air leaks even if it encounters rough terrains like craggy roads and sidewalks.

The highly-durable tire known as the METL tire will be available in 2022 so you can now save for an earlier date to purchase this later.

However, there is still no final price announced for this titanium alloy tire and it could still take much longer before the company speaks about its possible value, but it is possible that it would be much pricier than rubber tires.

This will be a big hit for cycling enthusiasts, mainly those who love customizing their bikes expensively.

Furthermore, these METL tires could be the game-changer for their bike setup. But like the other bike parts, it should be taken with utmost care even though it is guaranteed durable.

The Problem with these Airless Tires

Although the METL titanium tires sound like the best bike accessories, be reminded that airless tires could sometimes have open structure designs. This feature could lead to unwanted foreign objects entering the wheel, which could disrupt the balance of the bike.

Besides, using metal in tires will not assure you of the full grip you can achieve in your bike. For the solution, Polyurethane, a rubber-like polymer, would be applied to the METL tires to enhance the gripping ability of the tires.

You can now say yes to more travels since it is suitable for driving across gravel and pavement.

After many times of being used, the tread should be put again to avoid wearing out the tire. Compared to other regular tires, the maintenance of METL tires is low, Gizmodo reported.

If you are thinking of using these tires to race with your friend, it might not be applicable in this case.

Since its main composition is metal, it will be heavier than the usual bike tires. However, if you are used to biking in rough terrains, the difference that you would feel could be minimal.