Apple has recently announced that it has updated the icon for its Apple Music, which would be intended for artists and song makers, who then could view their engagements and keep track of their statistics online. However, the change in the icon also led to raise speculations that a new software version for the iPhone is coming, and that is the iOS 15.

While there are no updates or information regarding the iOS 15 as of this moment, this might be the earliest speculation or suspicion that Apple is already gearing up for the release of their next OS version. However, it would not be released anytime during this moment, especially as it could take up to a year since it last released the iOS 14 in September.

Apple is known for observing a release of an update of their devices a year after its initial update has taken place, and this has been apparent with the iPhone 11 to iPhone 12 transition, which was even late by a month. The iOS 15's presence may be speculation or in preparation for the new version of its operating system, as September draws near.

iOS 15 Speculations Due to Apple Music for Artists

(Photo : Apple via Screenshot)
Apple Music for Artists icon speculated to be a design leak for the upcoming iPhone OS version, iOS 15.

Apple has recently announced and released the "Apple Music for Artists" version of the company's iTunes and in-device music player. However, this version can only be accessed via web browsers by heading directly to its address (https://artists.apple.com) and using its desired function which could help assist artists in tracking their progress in the platform. 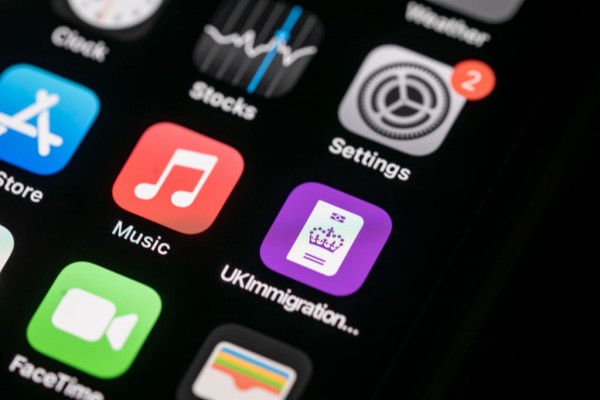 With this new venture by Apple, they have also provided a new icon, which now sports a white background that has accents of red, used for the outline of the music note logo and the box itself. Apple may have used this chance to design a new logo so that people would not be confused between the Apple Music logo and the new venture dedicated to Artists.

However, it was also due to this icon that led leakers and speculators to perceive this as the "something new" from Apple that suggests something is brewing up in their development team, concerned for the iOS. One of the indicators of an iOS change is the new look and appearance for logos of the built-in apps from Apple, and this might suggest it.

Currently, there is no news regarding the arrival of the iOS 15 anytime soon, nor its features and functions once it officially releases to public beta testers and users for a first-hand look. However, according to Mac Rumors, what it does suggest is how the icons of the iOS 15 would look once it releases for the public in the coming months.

The design of the Apple Music for Artists' logo shows that it would use the same looks like the old icons, but it would focus more on "popping up" the outlines of the design, which was a similar case to the iOS 14 transition.