Pfizer, AstraZeneca Vaccine Side Effects Are Not Too Bad, Study Suggests

A study published early this week professed that fewer people exhibited side effects from Pfizer and AstraZeneca vaccines in the real world than in the clinical trial data.

Perhaps it is one good news that would boost vaccine confidence in the general population. For those not satisfied with the data shown during the trials. perhaps the real-world data might be more convincing.

If more people would be willing to be inoculated, vaccine administration could speed up herd immunity. 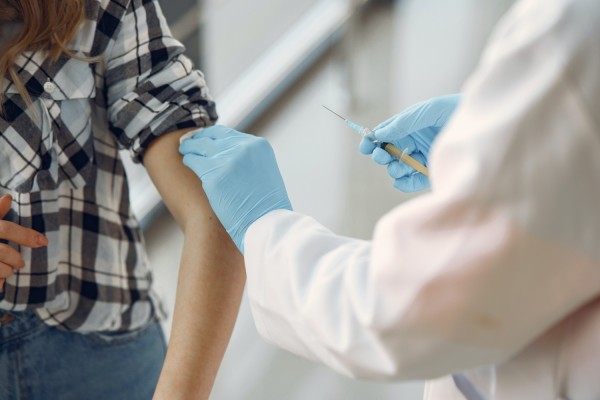 (Photo : Gustavo Pring from Pexel)
A study published early this week professed that fewer people exhibited side effects from Pfizer and AstraZeneca vaccines in the real world than in the clinical trial data.

Only one out of four people who were vaccinated felt mild, short-lived side effects after getting their shot, according to the study published by The Lancet on April 27. Most of the mild effects only lasted 1-2 days.

The data of the analysis is from ZOE COVID Symptom Study app. It is an app wherein about 600,000 people from the United Kingdom logged in side effects after getting the COVID jab.  "The data should reassure many people that in the real world," Tim Spector, the study's lead author said that, "after effects of the vaccine are usually mild and short-lived.

Headache is the commonly logged side effect of Pfizer in the app.

But contrary to the clinical trial data of Pfizer, which says that 25-42 percent experienced headaches, only 13 percent did so in the real world, according to The Lancet's study.

With AstraZeneca, however, about 25 percent reported a headache. While during the clinical trials it was significantly higher -- with a whopping 53 percent of people encountering headaches.

Fatigue, on the other hand, was also a highly logged side effect.

It was felt by 14 percent of the people with the Pfizer vaccine on their first dose. Only 21.1 percent of those who got the AstraZeneca vaccine reported fatigue.

The study also revealed that vaccine recipients show up to 70 percent of protection in three weeks after the first dose. Which, according to Specter, is "fantastic news for the U.K. as more people have now had their second jabs."

The Decline in Data Could be Artificial

The real-world data was self-reported by the users of the app. According to Business Insider, this could mean that there is a possible artificial decline in numbers. As some users may have just forgotten to log the side effects.

The single-shot Johnson & Johnson, which was halted in the United States due to signs of clotting in patients, and Moderna was not part of the study. Both vaccine brands are yet not authorized in the U.K -- where the study was conducted.

It was also recently reported that Johnson & Johnson experienced delays due to human error. A total of 15 million doses of the vaccine had the wrong ingredients.

Aside from a vaccine, Pfizer is also developing an oral pill to treat the virus.

Fact Check: Does Pfizer Covid Vaccine Cause Female Infertility as Amongst Side Effects?