Apple's App Store is not only affecting Epic Games. Microsoft, another tech giant has been contending that the Cupertino company's service has an impact on its XCloud gaming service.

On Wednesday, May 5, the Redmond firm hit back Apple during the antitrust trial between it and Epic. For Microsoft's gaming, media, and entertainment VP Lori Wright, the action of the iPhone producer has barred them from rolling out the cloud gaming service in its App Store which gained some attention among iOS users. 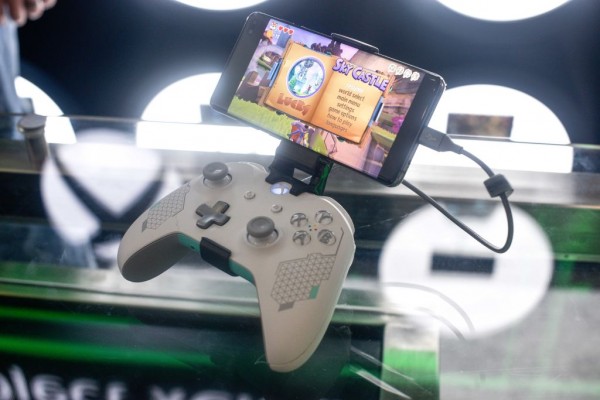 According to the most recent report of Bloomberg, the lawsuit not only revolves around Epic and Apple. The supporting witness in the case of Microsoft is also a vital part of the proceedings.

The video game company this time is relying on Microsoft for additional support in the antitrust trial. Since Apple's policies appear to be unethical to users and developers, the contending party has a lot of questions being raised.

According to Wright, allowing their XCloud gaming service to have a separate shop for users could have a big difference, but Apple does not permit them to have that privilege.

Read Also: Tim Sweeney Blunders During Epic and Apple Trial: 'I am Not a Switch Player'

"Why couldn't we have a single app with many games?" Wright asked in the context of letting each user download the game individually.

Moreover, the unfair fee of 30% imposed by Apple in the App Store seems to be egoistic, as some app developers and regulators said.

Apple's feud with Epic started in August when the "Fortnite" developer announced that it would be giving away discounts for the popular game.

Last year, Microsoft called out Apple's policy as "bad experience" despite allowing its gaming service in the App Store.

However, the Cupertino giant did not like the proposal of the video game company so it immediately removed the game from its App Store. Later, it called out Epic's move to be a "fundamental assault" on the business model.

This 2021, Microsoft has commenced working on the XCloud service's web version which iPad and iPhone users could access via browser.

When Wright was asked by a lawyer from Epic about the outcome of the browser-based platform, she responded that it's their way to reach more iOS mobile users. However, Microsoft did not prefer it.

Earlier, Apple said that an annual earning of $600 to $700 million is being collected by Microsoft through Epic. With that, the tech giant is saying that the relationship benefits both of them.

Clearly, Microsoft will continue supporting Epic until its last day in the trial.

Microsoft used it as an example only to learn that Apple has terminated it immediately.

According to The Verge, the Shadow App got removed for the second time in the App Store. It was first deleted in February 2020 after the tech giant said that it has failed to comply with the App Store guidelines.

In the same month this year, the app was removed again but after a week, the tech giant put it back to the App Store. Shadow app community manager, Luc Hancock said that the application got punished for the second time because of the "misunderstanding about its nature."

ⓒ 2021 TECHTIMES.com All rights reserved. Do not reproduce without permission.
Tags: Apple Microsoft xCloud
Most Popular