Starlink is the pioneering internet satellite service of SpaceX. Its latest speed data shows that it may sometimes be slower, and sometimes faster than current fixed broadband.

The new data from Ookla, the company that owns the Speedtest app, reveals what locations Starlink's speeds are exceeding expectations or where the speed is disappointing. The data shows maps of both the United States and Canada. The internet satellite service is only available in those countries. 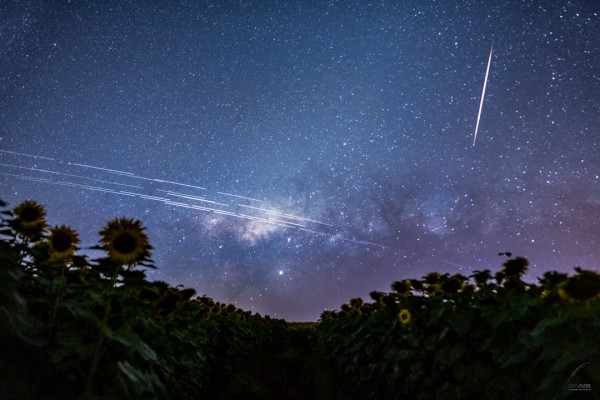 (Photo : Egon Filter via NASA)
Starlink's latest speed data shows that it may sometimes be slower, and sometimes faster than current fixed broadband.

The data compares the performance of Starlink to the current fixed internet available.

Furthermore, in terms of latency, Starlink is performing worse than fixed internet except one. (More on that below.)

Latency in the U.S. is ranging from 31ms to 88ms at worst. Median latency for fixed broadband, however, is notably better at 8ms and 47ms.

On the contrary, the internet company said on its website that it vows to provide a low latency connection.

Download speeds, however, significantly improved in the northern parts of California, Washington, Idaho, Nevada, and small parts of Vermont.

A decrease in speeds, on the other hand, was seen in Wisconsin and Michigan.

Read Also: SpaceX's Starlink to Launch Satellite Internet Service in the Philippines, a Country With One of the World's Worst Internet Connections

On March 4, CEO Elon Musk revealed that about 500,000 people have preordered the service. It means that half a million people have already paid the refundable $99 deposit. He goes on to say that all of them will get the service -- guaranteed.

Musk also said that the beta of Starlink will end this summer.

However, Musk admits that a considerable challenge is looming in densely populated urban areas -- which the Ookla data also mentioned.

The subpar performance of speed in these urban areas could be attributed to the copious obstructions, like tall structures, bad weather, and even, as simple as, trees.

Starlink is Ideal for Rural Areas

But forget the urban areas. Starlink, in its website, notes that its services are ideal for rural and remote communities. The company even further vows to bring high-speed internet to locations with no access to it.

So, the question is: how is it in smaller communities?

Tehama County, California, with an approximately 70,000 population, is astronomically getting better speeds.

As mentioned earlier, only one location saw better latency than the existing internet. That is on Tehama County.

The internet speed in the said location gained a staggering 545.6 percent, according to the Ookla data.

Additionally, in terms of latency, Kittitas County, Washington performed the best at 31ms.

With all of this in mind, it is noteworthy that Starlink is still in the beta stage.