"Pokemon Emerald" is the latest fan-made title that is now available for Discord users. For those who have played "Pokemon Red" in Twitter Plays, this new crowd-focused Pokemon game will surely take you to the nostalgic turn-based battle during the era of the Game Boy Advance.

If you have previously played "Pokemon Sapphire" and "Pokemon Ruby," you might be immersed in this rich, online edition which will let you challenge different players all over the world. 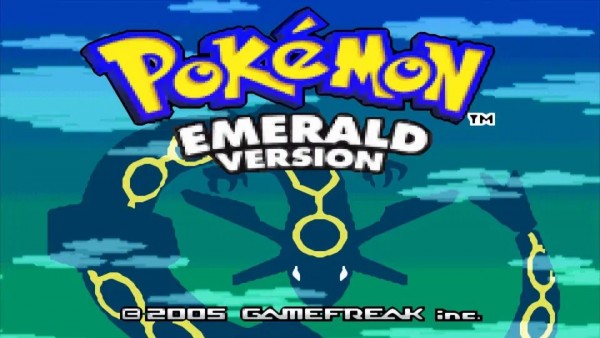 Twitter Plays fans have experienced the never-before-seen Pokemon experience developed by a known Gameloft programmer in Montreal. Earlier this year, Constantin Lietard, who specializes in 3D game design, produced an unusual "Pokemon Red" game for those who are requesting the GB game.

The game works like a PokeMMO but the difference is its more immersed environment and livelier interactions with other people. For the mechanics of the game, players can respond to the creator's tweets through several button inputs in the game. There is a bot that manages all inputs and it is the one that interprets all responses toward Lietard's avatar.

That was quite a long time ago, and the "Pokemon Red" game from Twitter was already finished, that's why Lietard came up with another idea of bringing "Pokemon Emerald" to another platform--in Discord as Nintendo Life reported.

Why Did Lietard Choose Discord as 'Pokemon Emerald's' Outlet?

Because of the success of "Pokemon Red" on Twitter, players expected that the next Pokemon "make-shift" game will be delivered to the same platform. To their surprise, Lietard brought "Pokemon Emerald" to Discord because the social media application houses a lot of global users--and several interactive buttons can be used as well.

If you are wondering about its mechanics, you will easily adapt the same way from the "Pokemon Red" in Twitter Plays. The difference between the Discord version from Twitter is the game playback that is generated as GIF.

Again, Lietard makes use of a bot to help the players in their Pokemon journey. Gamerant recorded at the time of writing that Lietard's Discord channel has nearly 300 active users out of more than 1,000 members. Currently, you can see the following teams that are active on Lietard's Discord server:

As you will recall from the "Pokemon Red" playthrough on Twitter, the mishaps were unavoidable in the open social media. Fans could not forget how the trolls ruined the game quickly by releasing all Pokemon on the platform.

It took a month for the "Pokemon Red" players to finish the game on Twitter, so it would be a challenge for the Discord users how long will they need to complete the 2004 Pokemon game franchise.

For the recent update, the players have already won three Gym badges. The latest Gym leader to bow out of contention was Watton of Mauville City who uses Electric-type Pokemon. The pressure might be a thrilling ride for the completion, but Discord users seem to be up for the challenge in the channel.

Last 2020, there are reports that someone created a version for "Pokemon Sword" in a live stream. The excitement could be drawn to the upcoming remakes "Pokemon Shining Pearl" and "Pokemon Brilliant Diamond" which will come this 2021, but we could see more teasers as we near 2022.

Related Article: 'Pokémon Prism' Is The Next Nintendo Fan Game Set For Release, But How Long Will It Survive?
This article is owned by Tech Times
Written by Joseph Henry
ⓒ 2021 TECHTIMES.com All rights reserved. Do not reproduce without permission.
Tags: Pokemon Emerald Pokemon Red Discord Pokemon Emerald Twitter Plays Pokemon GO
Most Popular