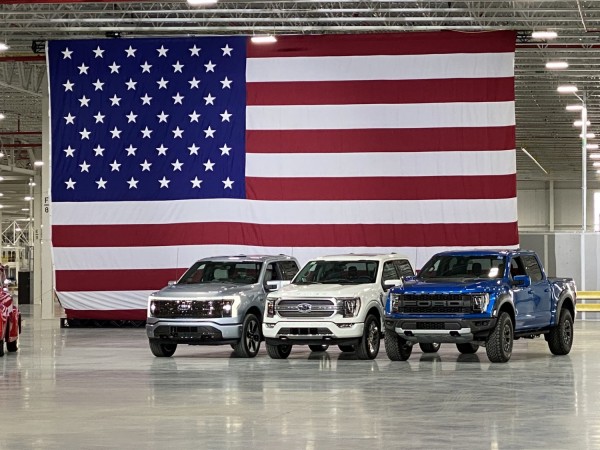 America is to pick up trucks, as Japan is to compact or "Kei" cars, and the recent arrival of the Ford F-150 Lightning (which is yet to be released this Wednesday, May 19) screams of the fight to improve US EVs. Electric mobility has been at the forefront of the country for years now, with Tesla and other EV brands sparking a campaign to abandon internal combustion engines (ICE).

Electric pickups are the next big thing in the electric mobility world, especially as the flood of different design concepts and prototypes in 2020 suggests its arrival in 2021. This includes Rivian's R1T, Lordstown's 2021 Endurance, with GM's Hummer EV, and the Tesla Cybertruck coming for 2022.

However, the most surprising drop is Ford's entry into the electric pickup rivalry of 2021, and that is with the F-150 Lightning, which was surprisingly dropped, without any rumors or speculations behind it. It was initially perceived that Ford is in the process of developing one, especially after the 2021 F-150 release, but it was unexpected that the company has prototypes already.

While the big reveal of the electric vehicle is slated in a few hours this Wednesday, May 19, it has given the public a new thing to craze over, especially as it served as the first look for the electric pickup. Ford may not be that explosive on its electric vehicle releases, especially with its feud against Tesla, but it sure is most awaited by the country.

President Joe Biden has recently revealed his EV plan for America, and it is a whopping $174 billion pledge to support the electric mobility industry in the country, and further developing charging stations throughout. The POTUS has also driven a wrapped EV pickup, which was suspected to be the Ford F-150 Lightning, which he praised by saying "Man, you're going to love this."

This EV pledge is to match up against China and its growing network of electric vehicles, especially as the Asian country plans to soon distribute its EVs to the entire world, offering an alternative to that of top companies.

Top EV companies hail from the United States or Europe, with Tesla, Volkswagen, Mercedez Benz, Porsche, Rivian, and more, but only a few come from Asia with Korea's Hyundai or Japan's Toyota.

Related Article: Ford Plans to Prolong Downtime in its Plants Due to Semiconductor Shortage