Rare 'GTA 5' Player Completes 'No Damage' Run in Nine Hours--He Only Has 1 HP Throughout His Gameplay!

"Grand Theft Auto V" has been making loud noises since its launch in 2013. For many years, Rockstar fans have been experimenting with different mods and challenges in the game. Some want it quick while others have a clear target on their achievements.

Recently, a "GTA 5" player has accomplished a rare feat in the open-world action-adventure game. In nine hours of playing, he has beaten the Rockstar franchise game without taking any damage for the "No Damage" run. Take note that throughout the entire walkthrough, he is only carrying 1 hitpoint--which means that even a single punch can leave him dead at an instant.

How Did the 'GTA 5' YouTuber Finish the Game Without Taking a Single Hit? 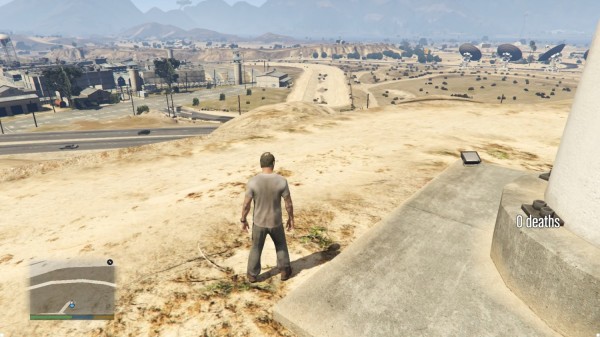 (Photo : UnNameD via Screenshot from YouTube)
UnNameD on his way to "No Damage" run in "Grand Theft Auto V"

According to Kotaku, a YouTuber named UnNameD has uploaded his unbelievable achievement in "Grand Theft Auto V" on Sunday, May 16.

For the hard-core fans who have tried "GTA V" nuzlocke, the task could be tough but it is possible. However, it will fully testing your patience to see if you are truly up for the challenge.

In his entire gameplay, UnNameD is only a step away from dying because his character has only 1 HP. If a cop approaches him and shoots him, he will have to restart the challenge. It is said that the YouTuber, who hails from Poland, has experienced many near-deaths during his "No Damage" run.

The strange accolade comes at the cost of consuming nine hours of playtime, according to the uploader. However, the bigger hurdle that he surpassed was the game time, which lasted for more than a month--the time he dedicated to complete the challenge without taking any damage.

Truly, the beauty of his accomplishment depends on the eye of the beholder since other players have long considered another YouTube content creator in the same feat.

The previous challenger did not find any success in the "No Damage" run in his "GTA V" gameplay. But as other fans said, UnNameD has talked with the said YouTube gamer before doing his entire mission. This made fans believe that there is a "friendly" discussion going on with the two "Grand Theft Auto V" enthusiasts.

Where Did UnNameD Get Inspiration in His 'GTA V' No Damage Run? 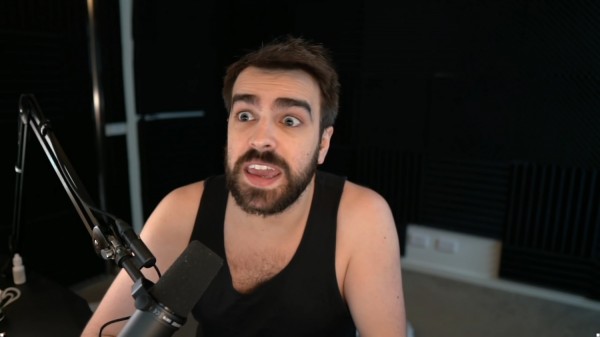 (Photo : DarkViperAU via Screenshot from YouTube)
DarkViperAU ranting on his stream.

The final answer behind UnNameD's accomplishment boils down to one person: DarkViperAU, SVG writes. However, the pioneer is not always getting the recognition that he deserves since his success is far from reality.

DarkViperAU, the original creator of the "No Damage" run in "GTA V" stated that he has already finished the game, but never found any luck in completing the game without getting a single hit from the cops and the goons.

While some fans rejoiced over UnNameD's rare fulfillment, others were annoyed because the uploader did not give them any hints on the no-hit playthrough. Some fans even said that he should have given DarkViperAU a credit for his effort.

However, one user commented that UnNameD has already imparted his strategies on the Discord channel of DarkViperAU. Since UnNameD is not as popular a streamer as DarkViperAU, his shared tactics were easily ignored by the public so he just devised his own plan to get through the game.

"I admit, I should have given my strats before releasing the run," UnNameD said in his remark.

As for DarkViperAU, he did not recognize UnNameD's accomplishment. In his removed Reddit post, the popular YouTuber expressed his disappointment over UnNameD because he believes that the latter has stolen his invention and stripped away his chance of becoming more popular through his initiative.

Amid the hot issues, there are still rumors suggesting that "GTA VI" could potentially come in PS5 and Xbox Series X consoles.

Below is a three-part video for UnNameD's no-hit challenge: