Spotify adds offline download features to Apple Watch, the company announced on May 21.

Spotify users on Apple Watch struggle to listen to their music or podcasts as they stroll outside with their wearable scrambling for the internet. Instead, most people used their smartphones. It will not be the case anymore.

"Disconnect from your phone and stay connected to the music," the music platform said on the same announcement. 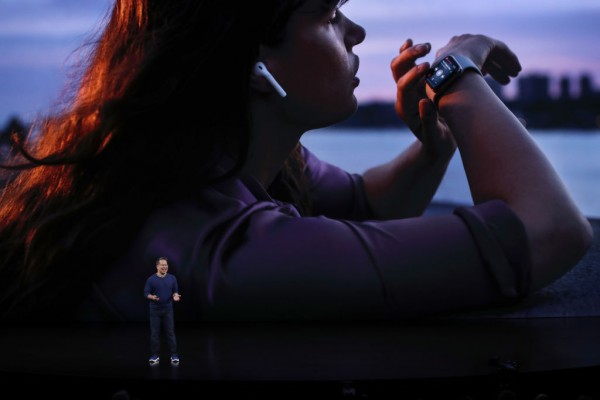 Spotify first arrived on Apple Watch in November 2018. But the catch is -- it had missing features. At first, the music app on the smartwatch could only control music playback on iPhone or any Spotify Connect device. It only served as a remote control, Engadget said in a report.

With that, it didn't felt like Spotify arrived on Apple's wearable.

In response, the music app allowed music to be streamed directly from the smartwatch in November 2020, The Verge reported. But then again, there was an important feature that was missing -- the ability to download music and shows offline.

Now, the offline listening feature is available on Apple Watch. At the same week that the company announced that Spotify will be available offline in Google's Wear, The Verge said in the same report.

For Samsung Galaxy Watch users, on the flip side, they may also listen offline on Spotify even before Apple had it.

How to Download And Listen to Spotify on Apple Watch?

It has been said that you may listen offline, but how do you do so?

There you go! After the download finishes and turns green, you may now enjoy the long-awaited missing feature of Spotify on Apple Watch.

Other Spotify Features for the Apple Watch

Siri now supports the music app on your smart wearable. Users can command Apple's virtual assistant to control their listening. It could play, like, pause, skip, and even adjust the volume as you listen to your favorite tracks.

The music app noted on its announcement that users will have to tell Siri "on Spotify" after each command. For instance, "Hey, Siri, play my Lo-Fi playlist on Spotify."

Not doing so could probably lead to opening a competing music platform. Awkward!

And also, the said features are only available on Spotify Premium and Apple Watch Series 3 or later.

Related Article: Apple Music Will Add Lossless and Spatial Audio -- What Is It and Do You Really Need It?