In the past weeks, leaks and reports of the Google Pixel 6 are piling up -- the overall visualization of the unreleased flagship smartphones is getting clearer. The major redesign, camera, and display upgrade are some of the features to look forward to. 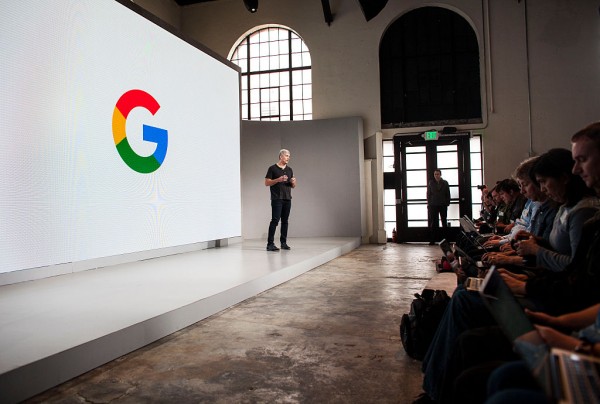 (Photo : by Ramin Talaie/Getty Images)
SAN FRANCISCO, CA - OCTOBER 04: Rick Osterloh, SVP Hardware at Google Inc., speaks during an event to introduce the Google Pixel phone and other Google products on October 4, 2016 in San Francisco, California. Google is making the jump into the mobile device market in an attempt to challenge the Apple iPhone in the premium smartphone category.

According to Tech Radar, these developments for Pixel 6 could compensate for the embarrassment that the Pixel 5 launch has brought the tech giant. The latter was released in October 2020, and its features are not impressive upgrades from its predecessors, or counterparts from other big brands like Samsung and Apple.

This time around, however, it seems that Google is taking its smartphone seriously as it announced exclusive Android features to the Pixel line. The tech giant is now flexing its power over upcoming competitors' products like Samsung's Galaxy S22.

As such, here are the Pixel 6 leaks that have materialized across the internet.

The search engine announced on Google IO 2021 that Android 12 will be having a new "Material You" feature. It will enable users to choose a color for the OS interface that would apply to all apps installed. And the said skinning option for apps would only be available on Pixel phones.

Another feature that would be exclusive on Pixel phones is the translation of any text on your phone. XDA Developers first spotted the Google Translate expansion in the next Android update. It has been confirmed on May 26 that the company is indeed developing it.

Phone Arena, on the other hand, reported a leak that shows what the next Pixel will look like.

Aside from new hues, the phone is also expected to have slim bezels, a sleeker glass rear, and a fingerprint sensor that seems to be under the screen.

However, the rumored under-screen camera will not yet be available on the upcoming flagship -- it could, instead, be available for Pixel 7. Leaks have shown that Pixel 6 still kept the punch-hole camera.

Android Police also reported a leak that revealed that the Google Pixel 6 Pro is anticipated to have a third rear camera. However, precise details about it are still unknown.

For the display, on the flip side, the new phone will be flaunting a 120Hz display. It is a significant upgrade from Pixel 5's 90Hz. The improved refresh rate will be complemented by a QHD curved display.

Related Article: Google Pixel 6 vs. Samsung Galaxy S21 Ultra | What Do They Have In Common?