Instagram has tweaked its algorithm pattern to its contents after some employees reported that the contents related to Palestine could not be viewed amid the Gaza scare.

Before the contents get reposted, the original stories would appear on the platform. The Facebook-owned firm said that it would now implement an equal posting for both contents. 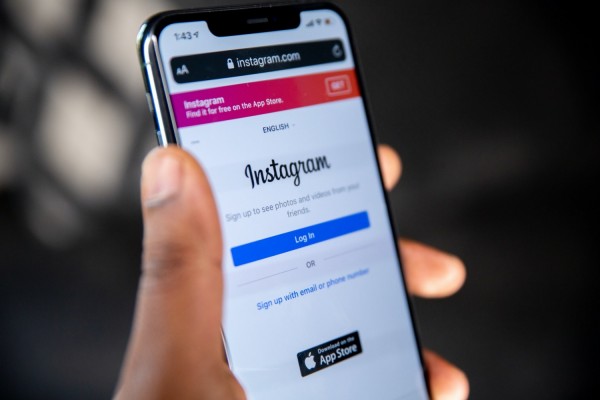 (Photo : Solen Feyissa)
Instagram has recently changed its algorithm after an employee reported that the social media app is bias on its content during the Gaza conflict.

According to Gizmodo's report on Tuesday, Jun.1, an employee from Instagram has complained that the automated moderation of the app was censoring some contents. For example, several posts about the al-Aqsa mosque were deleted on Instagram.

The Instagram employees at first did not know if the action was intentional, Financial Times reported. However, one employee stated that the moderator expresses some bias against the target groups.

Moreover, the algorithm shift was not only brought by the emergence of contents favoring the Palestine side but also the users complained that some topics were restricted.

According to a spokesperson from Facebook, the company has realized that a lot of users have been sharing the same sentiment about the topics. Moreover, the representative added that the change has been applied to the re-shared stories.

Read Also: Instagram Launches Pronouns' Feature For Users' Preference: How to Add Them in Your Profile?

According to The Verge, Instagram and Facebook are not the only platforms that made changes in the content algorithms concerning Palestine and Israel. Last month, Twitter reportedly "restricted" an account from Palestine owned by a writer. The company said that what it did was only an error on its part.

Going back to Instagram, the social media firm has issued an apology for those who were held in posting content related to Palestine. The action lasted for several hours on May 6 until the company fixed the "technical bug."

Furthermore, Instagram has been hearing a lot of stories from other people who are experiencing the same problem. A spokesperson from IG said that that would give priority to the publication of its original stories.

"Stories that reshare feed posts aren't getting the reach people expect them to, and that's not a good experience," the spokesperson added.

In an interview with Buzzfeed News, Andy Stone, a Facebook spokesperson said that their app has been experiencing numerous problems which affect the user's ability to share the contents. The company felt sorry to those who felt that their voices were "silenced" or "suppressed."

In the end, it is still the stories from the people which matter the most. After all, Instagram is a free-sharing platform that should allow everyone to post everything they want. Through the new tools, the company could refocus on creating meaningful features for the original stories.

For the part of the bigger corporation, Facebook should not make a gap among its users. Instead, it should meet the demands of its employees and other staff which also count as the users of the platform.

The perception of the bias could spark a mistrust of social media firms, as people want more freedom in expressing what they want to talk, hear, and say in the open webspace.