'Battlefield 2042' Screenshots 'Accidentally' Leaked Out by Electronic Arts; Should You Be Excited?

"Battlefield" is going to be revealed in just a short while now, and it seems like Electronic Arts managed to 'accidentally' leak a few screenshots.

DotEsports reports that the image came from a tweet by Twitter user @Okami_13, who says that the screenshots of the upcoming "Battlefield" game were leaked on Origin, of all places. Origin is the official digital distribution platform for Electronic Arts. Here is the Twitter thread:

Four main images are depicting numerous scenes from the game, and they look like they come from cutscenes. One image shows a soldier gliding through the air in a futuristic-looking wingsuit and helmet; two images depict an aerial assault by infantry and aircraft. The last one depicts ground assault troops walking with tanks.

Aside from those, there is also a rumored cover art that's designed basically in accordance with "Battlefield" tradition, where it depicts a modern-looking soldier looking back at the camera as he walks away.

Now referred to by many eagerly anticipating fans as "Battlefield 2042," the game has seen even more details leak out ahead of its official reveal. According to Gamespot, a Reddit user allegedly managed to uncover additional information such as the game's release date, multiplayer details, and public beta.

'Battlefield 2042' Hype: Should You Be Excited?

Among the most noteworthy bits of information from this leak concern the game's overall size. And according to insiders, the game is going to be huge. 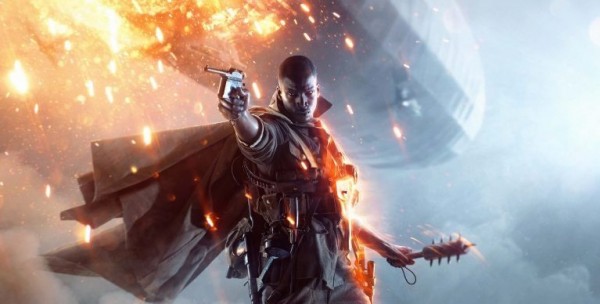 IGN reports that the new "Battlefield" title's map is the largest of the series yet, which opens up a lot of gameplay possibilities for the next-gen Electronic Arts shooter. DICE divided the map into several controllable territories called sectors to make use of all that land mass. It is said that a single sector alone is as big as a medium-sized map from "Battlefield 3." Now that is massive.

But of course, a map that big has to be populated with enough players, right? Because frankly, not a lot of people care about a modern-day "Battlefield" game's single-player. They want multiplayer, and it looks like Electronic Arts and DICE are delivering an expansive PvP experience.

There will be a total of 7 maps which can be filled with a total of 128 players at one time. The previous player cap was 64, so "Battlefield 2042" is essentially doubling the real-time player count. Of course, there are also lots of weapon customization options (as expected) and extra gameplay gimmicks, including the ability to summon a robot dog into battle.

How To Watch the Reveal Event

"Battlefield 2042" is slated to be revealed at 7:00 AM PT/10:00 AM ET on June 9, which is basically mere minutes from the time of this writing. There will be a massive amount of stuff to get from the reveal event, and if you manage not to catch the show as it unfolds, the stream will be available to watch on the official "Battlefield" YouTube channel.

Related: Electronic Arts Is In Trouble Again For Loot Boxes In 'FIFA 21'

‘Battlefield 6’ To Be Revealed on June 9