Congressman Louie Gohmert wants to stop climate change and to do that, he suggested that the Earth's orbit around the Sun should be changed to alter the effects. Gohmert asks the National Forest Service for help in this matter, and it does not stop on the Earth's orbit, as he said that it can alternatively be the Moon's orbit. 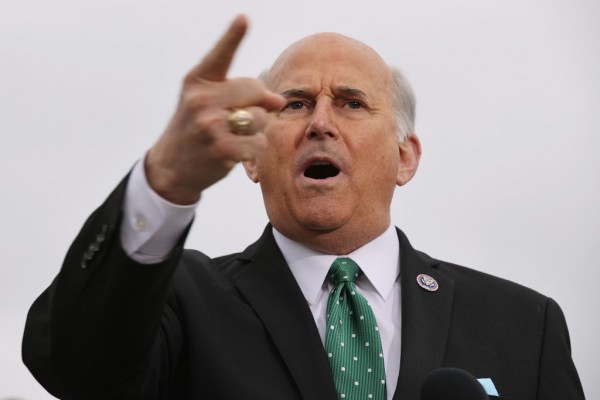 (Photo : Chip Somodevilla/Getty Images)
WASHINGTON, DC - MARCH 17: Rep. Louie Gohmert (R-TX) speaks during a news conference with members of the House Freedom Caucus about immigration on the U.S.-Mexico border outside the U.S. Capitol on March 17, 2021 in Washington, DC. Accusing the Biden Administration of partnering with with drug cartels, members of the conservative caucus listed numerous crimes along the border, including cattle rustling.

There has been news regarding the Earth's climate and Global Warming has been triggered by a shift in the planet's orbit around the Sun. This was inspired by the study published in Science by Richard Zeebe, a paleoceanographer from the University of Hawaii that suggested orbital triggers caused the drastic change in climate dating back to 56 million years ago.

Currently, efforts to address climate change have governors and state leaders pledging to forego gas-powered vehicles by looking into alternative and sustainable energy sources like electricity. Additionally, the only solution in place against the human-caused crisis is to go carbon-neutral, which was something California is pioneering by 2045.

Gohmert Asks Forestry to Change Earth's Orbit Around the Sun

In the recent hearing of the Natural Resources Committee of the US Congress, Texas Representative Louie Gohmert has expressed his opinions regarding climate change. He also has asked the National Forest Service and Bureau of Land Management if they can alter the Earth's orbit around the Sun to prevent Climate Change from taking place.

Moreover, he added that it could alternatively be the Moon's orbit that is changed to prevent this phenomenon that the world is facing. Some studies point out to climate change forcing the Earth's axis to move, but humans forcibly changing the orbit of the home planet and/or its natural satellite is a new thing.

Is it Possible for Forestry or Even the Whole World to Do?

Scientifically speaking, it would be difficult and close to impossible, despite the studies made about this certain possibility. The Earth is rotating at 1,000 miles per hour daily, and fully rotates on its axis in under 24 hours, hence the day and night humans experience.

To stop this motion, humans would need to create a massive brake that would make the planet stop moving at 1,000 mph. Alternatively, they would need a force of the same velocity to counteract the Earth's rotation and force it to change courses, either a slower or faster rotation on its axis or orbit around the Sun.

Currently, no technology is capable of changing this, and that the "forced" change into its axis from changing is due to climate change's course of events over the years. So, this would be close to impossible, and astronomers hope not to stop a rotation, as it is linked to numerous important functions.