Sony has first teased its Airpeak S1 drone during the CES 2021. This week, the video game publisher divulged its potential features as well as its whopping price of $9,000 for the high-spec camera setup which makes it market-ready for the competitive drone industry. 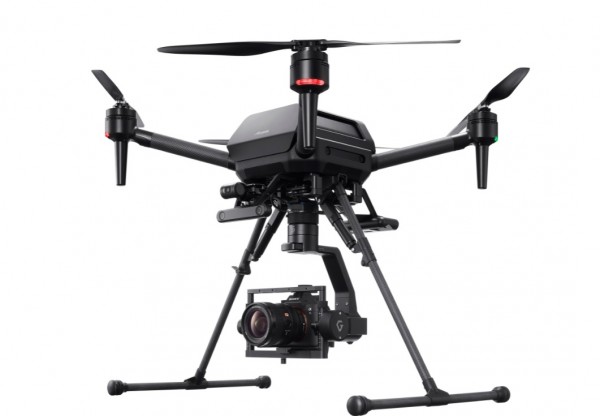 According to The Verge's report on Wednesday, June 9, the Airpeak S1 sports Gremsy T3 gimbal's specialized version which perfectly suits the body of Sony's professional drone e. Moreover, it also boasts a mirrorless set of cameras such as the FX3, A7S Mark III, and the 8K-Alpha 1.

For its flight time, the Airpeak could manage to fly for around 12 minutes in duration. Without carrying any load, it could glide for up to 22 minutes. Although the camera is connected to the drone, the user needs to slot a separate battery for the optical equipment.

Furthermore, photographers could truly have the best shots amid several difficulties like wind or rain since it is guaranteed to be stable, durable, and resistant to wind. Sony said that its capability to stay afloat could go for up to 44.7 miles per hour which is twice the ability of what DJI Inspire can do at 20 miles per hour.

In addition to its resistance, it has also an infrared rangefinder which aids the drone to see the obstacles along its way. It features a full-packed set of stereo cameras, as well.

For the drone test, the gaming company stated that it has chosen the Japanese space agency (JAXA) to run the flight trials of the new machine.

Gizmodo Australia noted in its report this new drone could reach an extreme speed at 55.9 miles per hour in just 3.5 seconds. Given its huge price that won't be consumer-friendly to others, it impeccably targets those filmmakers who are looking for the best aerial shots in their film-shooting scenes.

However, Sony has not yet mentioned its specific speed if the camera is included during the flight. Despite that, it's still a top-tier creation of the company which is not known to manufacture a man-made aerial aircraft.

If you want to compare the Airpeak S1 drone with the $7,000 Matrice 600 Pro of DJIs, the latter could only attain a 40 mph top-speed with a payload of 13 pounds. Its battery is reportedly to last for up to 32 minutes in the air.

To navigate it, you can simply use its controller or the Airpeak Flight app made by Sony. Currently, the software is only exclusive for iOS/iPadOS users. The limit for the controller is two persons if you select the dual-operator mode.

It is expected that Sony will ship the drone during the fall. The video game firm also clarified that its product is produced in Japan amid speculations that the majority of drones are made in China

Related Article: Sony Unveils Prototype Drone: Watch What The AS-DTO1-E And AS-MCO1-P Can Do [Video]