Tim Draper, a known billionaire, strongly believes that one of the most popular digital currencies in the market would hit a staggering value of $250,000 by the latter part of next year--or early 2023. His prediction came out despite the ongoing inconsistencies in the rise and plunge of the cryptocurrencies caused by the environment-damaging application of energy.

Tim Draper Makes His Bold Prediction on This Crypto 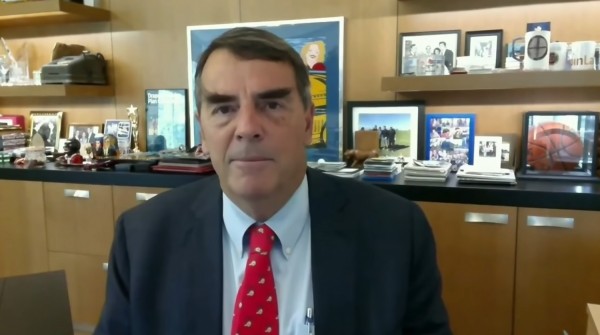 According to CNBC's updated report on Monday, June 14, Draper thought that his prediction this time would be correct. Back in 2018, the crypto investor established his price prediction of bitcoin which was stuck at $8,000 as per Coinbase. Now, he was again hellbent to hope that his next forecast would hit the bullseye.

Moreover, Draper said that there are only two outcomes that could happen: either he's "really wrong" or "really right" in his wild guess. This supports his idea that believes in Bitcoin's progress in the upcoming years.

The founder of Draper Fisher Jurvetson (DFJ) highlighted that after a year and a half, a bitcoin payment processor known as Opennode will allow the engagement of several people. That's the time when many individuals will embrace the use of $BTC.

Besides Opennode, other third-party digital wallet apps like Whole Foods, Home Depot, Paypal, Microsoft, and Overstock are the only firms that allow bitcoin payment. For financial analysts, bitcoin could be considered real money in the long run.

Apart from that, Draper said that cryptocurrency's usage continues to rise. Despite only 21 million bitcoin existing, many people discovered mining it efficiently.

At the moment, the 63-year-old $BTC investor has not revealed the total amount of bitcoin that he is currently holding in his investments involving major firms like Tesla and SpaceX.

In the context of the popular meme coin, Dogecoin, Draper stated that this crypto made people smile. Although it looks so fun to look for, there should be some developers to take over its improvement because it looks "potentially promising."

Over the weekend, Interesting Engineering reported that Bitcoin has received a new makeover. Maybe this is one of the criteria that Draper has based on his prediction. The upgrade is said to have updated its efficiency and privacy to develop efforts in terms of the transaction.

In the next decades, Draper felt that bitcoin would be the center of finance. He even compared crypto to Microsoft in the field of e-commerce.

$BTC is known to have a fluctuation pattern every time Tesla CEO Elon Musk posts a tweet. Last May, the tycoon said that he would suspend bitcoin purchases due to their impact on the environment. Yet, the latest report confirmed that the billionaire would allow it if it covers 50% of clear energy.