'Sniper Ghost Warrior Contracts 2' Review: Should You Play it?

"Sniper Ghost Warrior Contracts 2" has just arrived earlier this month. The tactical shooter video game serves as a sequel to its predecessor. In the "Warrior Series" installment, CI Games' latest creation marks the sixth entry in the long-running stealth game.

It's nearly two weeks since it was released for the players, but so far, several reviews have already surfaced about its gameplay, features, and other characteristics.

For that, here's a quick review of the game. At the end of the day, you would know if this game is worth it or not, and if this would suit your liking as a gamer.

(Photo : IGN via screenshot from YouTube)
Contract sniper Raven aims at his target

From the game trailer uploaded last March 4, the newest "Sniper Series" game is staged in the Middle East. In the teaser, the main character is seen to be looking through his binoculars in a location known as Kuamar. The mystery in the said place will send chills to your spine as the sniper continues to eliminate all his enemies.

Aiming for a target is easy for a professional gunner, yet firing a bullet straight to the opponent's body requires precision and timing. Like the shooter games such as "Call of Duty Cold War" and "Valorant," you will play as the main protagonist who would be patiently waiting to strike from the dark.

The daily life of a sniper is a hit or miss--simply because a single bullet could dictate your life. If you secure a kill, you are most likely one step away from being hunted. In the case that your mission has been accomplished, the next endeavors could be much harder--or easier depending on your strategy.

The game's plot can be compared to the previous "Sniper Series" installments, but since it's been competing with other first-person shooter games, some flaws and judgments could be made. For those who are familiar with the tension rising in the Arabian desert, the story takes its shape from the hands of a tyrant who had been ruling the region for more than 20 years.

At any time, your life is at risk. You could be assassinated on the spot if you are not careful. Your job as a professional sniper under Raven would be full of challenges so practice your aim and shooting skills.

Anyhow, the game has displayed exciting elements in the game like how "Valorant" which would receive a mobile version soon, did. While both gameplays are largely different since the Riot-owned game relies on the unique powers of the characters, "Sniper Ghost Warrior Contracts 2" is special in its effects.

Like a predator looking for its prey, you could pounce your enemy through an impeccable headshot. Your weapon variations also have an important role in the game. Sniper guns are heavy, but they pack a huge amount of damage to the enemies.

What also captures our interest to test the game is its graphics which show a lot of gore in some scenes. It's rated M+ because it would not be suitable for those who don't want to see sensitive parts of the game.

Read Also: GTA Online to Shut Down for PS3 and Xbox 360, Launch in Newer Consoles

Why is 'Sniper Ghost Warrior Contracts 2' a Unique Game? 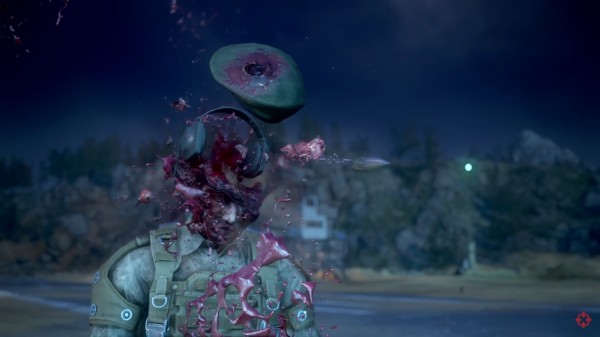 (Photo : IGN via screenshot from YouTube)
Gore graphics from the series.

According to an early game review made by Game Reactor, there are five maps in the game where you can freely roam. If you feel you can't do anything on the first map, you could proceed to explore the next maps for a change. The size of the locations is also considerable and they give you a lot of room to complete your missions.

Like the rest of the fps games, you would find sniping with so much fun. Sitting at a remote station and waiting at the unaware enemy should be the most satisfying part of the game. Just remember to know your role and objectives in a particular mission. 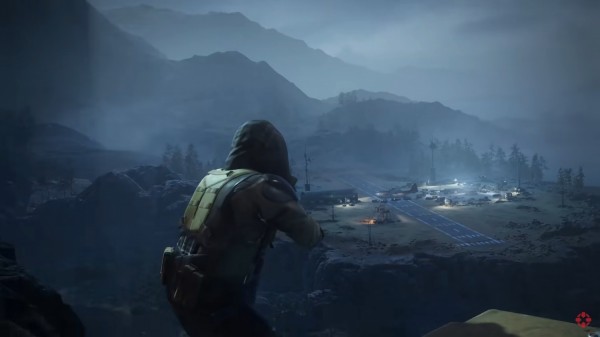 (Photo : IGN via screenshot from YouTube)
A look at a game's terrain at night.

So far, CI Games has done a great job for the sequel of the original "Sniper Contracts" The game is coming at a stage where people find it fitting to be a next-gen game. In terms of its graphics, we notice that there was no substantial upgrade, but somehow there are some points that have been improved.

The storyline of the recent edition might sound predictable, but it's better than the older one. There are times that the slow-paced scenes would be boring for the users, but that's how it shines in terms of its "gore" actions.

In general, there are better games than this one, but if you are looking for a game with a high potential to nourish, "Sniper Ghost Warrior 2" should be on your list.